Who is John Chambers? 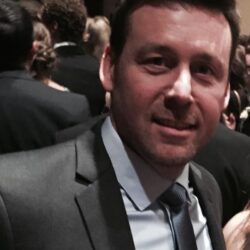 John Chambers was elected to the City Council, District 3, on August 25, 2020 and sworn in on September 1, 2020. He and his wife, Lorna, have two daughters, Krisan and Kannan who were raised in Prattville and graduated from Prattville High School.

John was also raised in Prattville and graduated from Prattville High School. His mother was an Autauga County public school teacher and counselor for 32 years, and his father was a 30 year veteran of the United States Air Force. John was a member of the high school golf team and selected by his peers to serve on the Spirit of the Lions team. He also served as a Camp Counselor for the YMCA summer and after school programs for children. John attended Auburn University where he majored in Business Management and served as the Treasurer for Tiger Pride, a group who supports the women’s basketball program.

Prior to being elected to the City Council, John served as a volunteer basketball coach at the YMCA and broadcaster for high school basketball games on the Prattville Lions Network. He and his wife are both members of Church of the Highlands where they have served as Team Leaders and on several community outreach teams. John has also served as an usher and Small Group Leader while Lorna has also served on the prayer team.

John is a proven leader who brings an award-winning business management background to the City Council. He is a results-oriented professional who has a successful track record of managing multi-million-dollar budgets by being fiscally responsible, strategically planning, making sound personnel decisions and cultivating relationships at all levels of the organization.

John Chambers from Prattville, AL has participated in elections listed below in the state of Alabama.

The below links are relevant to John Chambers from Prattville, AL and are articles or opinion pieces published on Bama Politics. Are you John Chambers? Do you have an opinion on John Chambers? Publish an article in our opinion section and your article will appear here. A great way for our visitors to find your content and learn more about your views. Use this contact form to find out how.