Who is John L. Jacobs, III? 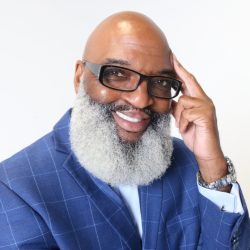 Dr. John L. Jacobs, III was born and raised in Gadsden, Alabama. As the son of educators in Gadsden, Dr. Jacobs began his academic studies at St. James Catholic School at the age of 5 and later transferred to his neighborhood elementary school, Booker T. Washington. He went on to Cory Middle School and later graduated from Litchfield High School with Honors.

Dr. Jacobs graduated from Talladega College, Talladega, Alabama with a BA in Chemistry, Howard University School of Divinity, Washington D.C with a Master of Divinity degree, and Columbia Theological Seminary, Decatur, Georgia with a Doctor of Ministry degree.

Seeing the economic decline of our city, Dr. Jacobs believes that Gadsden has so much unrealized potential. It is his desire to bring Gadsden back to its prominence, educationally, economically, and culturally. Dr. Jacobs has extensive experience working in both private and public industries with people of diverse populations. He has worked with the inmate population, homeless, sick-and-shut in, and youth, and currently serves as a Hospice Chaplain. He believes that his education, experience, and love for the citizens of Gadsden have prepared him for such a time as this.

John L. Jacobs, III from Gadsden, AL has participated in elections listed below in the state of Alabama.

The below links are relevant to John L. Jacobs, III from Gadsden, AL and are articles or opinion pieces published on Bama Politics. Are you John L. Jacobs, III? Do you have an opinion on John L. Jacobs, III? Publish an article in our opinion section and your article will appear here. A great way for our visitors to find your content and learn more about your views. Use this contact form to find out how.