About Jonathan A. Spann 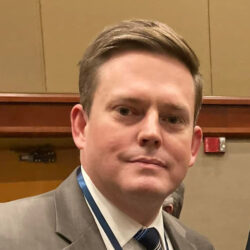 Jonathan has served as the Court’s Special Master in domestic relations cases. He has also served as a mediator in civil and domestic relations cases. He has been a special guest prosecutor in the Cities of Vincent, Calera, Wilton and Montevallo, Alabama. Jonathan has litigated appellate cases before the Alabama Court of Appeals, Alabama Supreme Court and before the Eleventh Circuit of the United States Court of Appeals. He has also been very involved politically in Shelby County, where he served as Campaign Chairperson for The Committee to Elect Daniel A. Crowson, in both 2014 and 2020, and as Campaign Chairperson for The Committee to Elect Lara M. Alvis, 2016.

Jonathan is married to his wife, Shelley Spann. The couple has two children, Emma, 17, who attends Chelsea High School and will be an incoming freshman at the University of Alabama in the fall of 2022, and Aiden, 4. The family are members of Double Oak Community Church.

Known contact information for Jonathan A. Spann from Birmingham, AL.

Jonathan A. Spann from Birmingham, AL has participated in elections listed below in the state of Alabama.

The below links are relevant to Jonathan A. Spann from Birmingham, AL and are articles or opinion pieces published on Bama Politics. Are you Jonathan A. Spann? Do you have an opinion on Jonathan A. Spann? Publish an article in our opinion section and your article will appear here. A great way for our visitors to find your content and learn more about your views. Use this contact form to find out how.