Who is Jonathan Barbee? 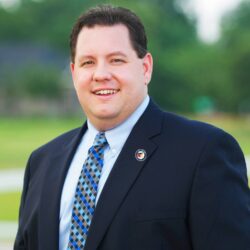 Jonathan Barbee is the former interim Press Secretary of the Alabama Republican Party. He also serves on the State Executive Committee of the ALGOP representing the people of House District 44. Barbee was named Press Secretary in February of 2013 by Chairman Bill Armistead and has continued to further expand the technology and media communications areas of the party since taking the position. His responsibilities include creating press releases, communicating with the press, working with other GOP state elected officials in managing communications, maintaining the algop.org website, and creating marketing strategies.

Jonathan Barbee is also the Executive Producer at Media Works Communications, a TV and Film production company with locations in Birmingham and Nashville. He has over 17 years of experience in the TV and Film industry and has received numerous regional and national awards. Barbee began his career at the age of 15 when he started his own production company, Focus Productions. Working mostly with area schools Barbee produced football, prom, dance, graduation, and occasional wedding videos. At the ripe young age of 15, Barbee had the opportunity to work with Hollywood director, Rupert Wainwright, and basketball great, Michael Jordan on the set of a “Ball Park Frank” commercial. The commercial was being produced in Birmingham while Michael Jordan was playing baseball for the Birmingham Barons. Barbee’s mom, Ginger, literally snuck him past security and onto the set. She asked the director if her son could, “watch and learn more about the film business.” After a quick thought, Wainwright looked at Jordan and they both said, “Yes.” Thus began the film and television career of Jonathan Barbee.

Since then Barbee has been blessed to be involved in many projects. He has worked with many talented people such as Michael Jordan, Rupert Wainwright, Tanya Tucker, Gordon Getty, Jonathan Winters, Thomas Ian Nicholas, Diedrich Bader, Jamey Johnson, Taylor Hicks, Raul Malo and many others. A few of Barbee’s credits include Co-Executive Producer of “Tucker Time,” Co-Producer of “Operation Valkyrie: The Stauffenberg Plot to Kill Hitler,” as seen on History Channel, Producer of "Gator Bait" reality series, Producer of the world award-winning short film “We’re the Government and You’re Not,” and many commercials, music videos, and other productions.

Jonathan Barbee began his service in Politics in 2008 when he joined the Republican Party.

Also in 2008, Barbee began working with legislators and officials in Montgomery to create a film incentive bill for Alabama. Along with the Birmingham Regional Chamber of Commerce, The Alabama Film Office and subsidiaries, Barbee and other production companies around the state helped to finally pass the Alabama Entertainment Bill (HB 69) in March of 2009. This will help create more jobs and bring a new industry to Alabama. Be sure to check out the Media Works Communications website for more information. In June of 2010, Barbee was elected to the state Republican Executive Committee where he still serves as District 44’s party representative. Barbee serves on the board of directors for "Kid One Transport" and the "Educational Arts Corporation" in Birmingham, AL. Both are non-profit organizations focused on helping kids.

Jonathan Barbee is a native of Birmingham, Alabama. He graduated from Hewitt Trussville High School and continued to the University of Alabama majoring in Broadcast Management and Criminal Justice.

Jonathan Barbee from Birmingham, AL has participated in elections listed below in the state of Alabama.

The below links are relevant to Jonathan Barbee from Birmingham, AL and are articles or opinion pieces published on Bama Politics. Are you Jonathan Barbee? Do you have an opinion on Jonathan Barbee? Publish an article in our opinion section and your article will appear here. A great way for our visitors to find your content and learn more about your views. Use this contact form to find out how.

The below links are relevant to Jonathan Barbee from Birmingham, AL and were found via our own research or sent to us from readers like you. These links are not associated with Bama Politics.