Who is Josh Carnley? 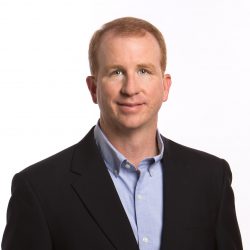 Josh was born and raised in Ino, Alabama where he learned the values of hard work for honest pay, discipline, and faith on his family’s farm.

Josh graduated from Kinston High School in 1997, and attended Auburn University, where he graduated with a degree in Agricultural Science. He and his wife, the former Valerie Presley from Opp, have been happily married for 18 years. They have three children: daughter Presley, 15; daughter Stella, 12; and son John Matthew, 9. They attend public school in Opp.

Josh is an owner and President of SanBuck Insurance. SanBuck has offices in Andalusia, Enterprise and Troy and provides personal, commercial and agricultural insurance throughout Alabama and Florida. He is also a farmer, who produces cotton, peanuts, corn and beef cattle.

In 2012, Josh was elected as Coffee County Commissioner, where he has pushed fiscal responsibility, economic development and education, infrastructure and public safety, and support for our military. He has been re-elected by the citizens of Coffee County twice and is in his third term as commissioner.

Josh is an Enterprise Rotarian and a deacon at Ino Baptist Church. He and his wife, Valerie, faithfully serve as teachers in the Children’s department. Josh serves as the Coffee County representative on the ChocPea Yellow River Watershed Authority. He is also a board member for the Greater Wiregrass Fellowship of Christian Athletes.

Josh has chosen to run for State Senate District 31 in order to further serve the citizens of Coffee County, and to represent and serve the people of Covington, Dale and Pike Counties in Montgomery. His record of conservative leadership and ongoing service make him the ideal candidate for state senator.

Josh Carnley from Elba, AL has participated in elections listed below in the state of Alabama.

The below links are relevant to Josh Carnley from Elba, AL and are articles or opinion pieces published on Bama Politics. Are you Josh Carnley? Do you have an opinion on Josh Carnley? Publish an article in our opinion section and your article will appear here. A great way for our visitors to find your content and learn more about your views. Use this contact form to find out how.