Who is Kareem Easley? 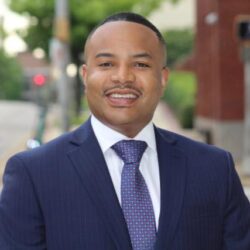 Kareem Easley is a servant leader and counts it a blessing to live his purpose of inspiring continual transformation and compassion. He believes that trust is imperative for building successful relationships and has made it his mission to engage, listen to and protect the citizens of Jefferson County and beyond.

Easley is a product of the Birmingham Public School System. Upon graduation from P.D. Jackson-Olin High School, he matriculated to the University of Alabama where he studied courses in criminology, recidivism, and community partnership and earned a Bachelor of Arts degree and soon embarked on his career in law enforcement with the Jefferson County Sherriff’s Office. In this role, Easley quickly grasped the importance of “police work,” and experienced the belly of a county jail. He later expanded his scope within law enforcement to the state level and joined the Alabama Board of Pardons and Parole as a Probation Officer. During this tenure, he provided oversight of 130 offenders and administered rehabilitation processes to facilitate their productive transition back into society.

Easley eventually decided to expand his law enforcement repertoire beyond the state penal system and became an Anti-Money Laundering Investigator with Regions Bank in Birmingham. This role afforded him the opportunity to grow his knowledge of criminal activities such as check fraud, forgery, money laundering, and drug trafficking. It also allowed Easley to work on the federal level and closely with the United States Secret Service. Nevertheless, he loved working directly for the people and decided to take his skills to the Birmingham Police Department (BPD) where he functioned in numerous leadership capacities within the department and community at large, which included serving on the Birmingham Mayor’s Executive Protection Detail, Detective and Recruiter for the department.

Easley has received many accolades and appointments for his exemplary representation of the BPD. He has been recognized as a facilitator for the National Black Police Association and received the Presidential Citation for Exemplary Service. He has also received recognition from the City of Birmingham’s Chief of Staff, recipient of the Director’s Award, and Certification as National Instructor in Procedural Justice.

Subsequently, Easley was promoted to Sergeant within BPD and immediately chosen to lead a specialized Citywide Traffic Taskforce, where he and his team have seized hundreds of guns off the streets of Birmingham and secured countless misdemeanor and felony arrests.

Easley is a proud single father of his 17-year-old son, Kaleb Easley.

Kareem Easley from Birmingham, AL has participated in elections listed below in the state of Alabama.

The below links are relevant to Kareem Easley from Birmingham, AL and are articles or opinion pieces published on Bama Politics. Are you Kareem Easley? Do you have an opinion on Kareem Easley? Publish an article in our opinion section and your article will appear here. A great way for our visitors to find your content and learn more about your views. Use this contact form to find out how.