Who is Kimberly B. Cook? 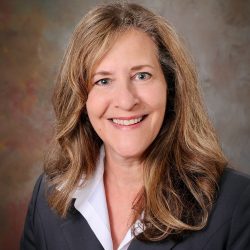 Born in Virginia and a graduate of the College of William and Mary, Kimberly and her husband, Greg, settled in the Birmingham area in 1991. In 2002, Kimberly and Greg moved to the Liberty Park neighborhood of Vestavia Hills. Since then, she has been an active volunteer in our schools and community.

As a city councilor, Kimberly’s focus is to improve transparency and bring a higher level of community engagement to Vestavia Hills. She looks forward to supporting our city’s upward-trending economic development so our city can provide the community services and facilities our citizens expect and deserve.

Shortly before moving to Vestavia Hills, Kimberly left her career as a senior software engineer with SouthTrust Data Services so she could devote more time to her family and community volunteerism. Kimberly helped develop and maintain systems in multiple industries, including military defense, car manufacturing and banking. As a volunteer, Kimberly helps students through her work as a Boy Scout leader and Education Liaison for our City schools.

Ever since her oldest son entered Scouting as a Cub, Kimberly has been a volunteer Scout leader. Having held many positions, she is currently a Commissioner for the Vulcan District Boy Scouts, serving two units. Kimberly completed the Wood Badge training course and has received the Vulcan District Award of Merit as well as the Silver Beaver award from the Greater Alabama Council.

In the past, Kimberly has served in a variety of leadership roles for Christian charitable organizations – on the board of Grace House Christian Home for Girls and Brother Bryan Mission – and is active in her church, having taught youth Sunday School for over 20 years at Dawson Family of Faith. She is the pianist in the Dawson church orchestra.

Kimberly has developed many connections over the years through her work with PTOs at four of our city schools – holding a variety of positions, such as online registration chair, Partners in Education chair, corporate fundraising chair, newsletter editor at LPMS/VHHS and member of the Cash for Classrooms committee.

Kimberly’s husband, Greg, is a partner in the law firm of Balch & Bingham, LLP. Kimberly and Greg serve on the Executive Committee for the Jefferson County Republican Party and Greg is a deacon for the Dawson Family of Faith. Greg is the General Counsel for the Alabama Republican Party.

Kimberly and Greg have three children, all of whom graduated from Vestavia Hills High School – Geoffrey (2010), Mary Catherine (2014) and Will (2019). Geoffrey, a graduate of the University of Alabama and an Eagle Scout, works as a software developer in Northern Virginia. Mary Catherine completed her undergraduate at Vanderbilt and is now working on the Senate Education Committee as the Lead Research Assistant, with plans to attend law school in fall 2020.

Kimberly B. Cook from Vestavia Hills, AL has participated in elections listed below in the state of Alabama.

The below links are relevant to Kimberly B. Cook from Vestavia Hills, AL and are articles or opinion pieces published on Bama Politics. Are you Kimberly B. Cook? Do you have an opinion on Kimberly B. Cook? Publish an article in our opinion section and your article will appear here. A great way for our visitors to find your content and learn more about your views. Use this contact form to find out how.

The below links are relevant to Kimberly B. Cook from Vestavia Hills, AL and were found via our own research or sent to us from readers like you. These links are not associated with Bama Politics.

The below images and screenshots are relevant to Kimberly B. Cook from Vestavia Hills, AL and were found via our own research or sent to us from readers like you.