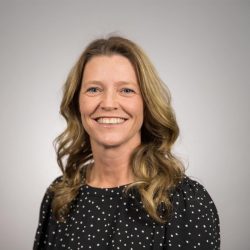 Councilor Hulsey is a life-long active resident of Alabama. Hulsey is the owner of CrossFit Alabaster, President of the Alabaster Business Alliance, Vice President of Campaigns for the Republican Women of North Shelby County, Executive Committee Member of the Shelby County GOP, and champion of conservative causes.

Leigh has been married to Dennis for over 24 years; and has three children. Her youngest is a senior at Helena High School and has committed to playing soccer at the Auburn University of Montgomery.

"I love serving and working with others. My knowledge and conservative experiences have prepared me for this moment. I know I can make a difference in the lives of those I will represent. The citizens of District 15 deserve a God-fearing, qualified, conservative, and experienced leader representing them," said Hulsey.

Hulsey's service on the City Council has allowed her to work with municipal budgets, economic development, and planning and funding of road projects. "Being a Councilmember for 13 years, small business owner, and the employer has prepared me to be active on day one in further growing the Alabama economy," said Hulsey.

Hulsey is hosting a campaign kickoff fundraiser at the Galleria Office Tower (3000 Galleria Circle) on Tuesday, November 16th, 6:00 - 8:30 P.M. This is open to the public and an opportunity for the public to hear from and meet with Leigh Hulsey.

Hoover Councilman Steve McClinton said, "Hoover is blessed to have such a strong conservative and experienced leader in Leigh Hulsey running for this House District. She will be an excellent State Representative."

House District 15 has almost 50,000 citizens and is in Shelby and Jefferson Counties, including parts of Hoover, Helena, McCalla, and Bessemer.

Hulsey is an active and involved member at The Church of the Highlands Riverchase campus. Hulsey received the support and endorsements of the Alabama Farmers Association (ALFA), the Business Council of Alabama (BCA), BamaCary, and others during her previous campaign for State House.

Leigh Hulsey from Helena, AL has participated in elections listed below in the state of Alabama.

The below links are relevant to Leigh Hulsey from Helena, AL and are articles or opinion pieces published on Bama Politics. Are you Leigh Hulsey? Do you have an opinion on Leigh Hulsey? Publish an article in our opinion section and your article will appear here. A great way for our visitors to find your content and learn more about your views. Use this contact form to find out how.