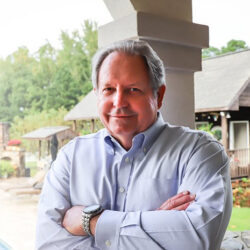 Colonel Leonard H. Kiser (ret.) is a 43 year resident of Etowah County and has worked more than 23 years in law enforcement as a Deputy Sheriff, Municipal Police Officer and State Investigator and Supervisor. He retired from the State of Alabama in 1997 and returned to active duty service in the US Army at the rank of Major.

Kiser served over 39 years of continuous military service in the US Army, Army National Guard and US Army Reserve. He began his career as an enlisted man and in 1982 he accepted a direct commission as a First Lieutenant.

Colonel Kiser holds an Associate Degree from Gadsden State Community College, an Undergraduate and Masters Degree in Criminal Justice from Jacksonville State University and a Masters Degree in Strategic Studies from the US Army War College. He is a graduate of numerous military schools including the Command and General Staff Course, Special Operations Precommand Course and the United States Army War College.

Colonel Kiser was selected for promotion to Brigade General by the United States Senate but elected to retire on August 23, 2010.

Leonard and his wife, Sherian, have been married over 22 years, have two step-daughters and seven grandchildren. They are members of Covenant Christian Church in Hokes Bluff.

Leonard Kiser from Hokes Bluff, AL has participated in elections listed below in the state of Alabama.

The below links are relevant to Leonard Kiser from Hokes Bluff, AL and are articles or opinion pieces published on Bama Politics. Are you Leonard Kiser? Do you have an opinion on Leonard Kiser? Publish an article in our opinion section and your article will appear here. A great way for our visitors to find your content and learn more about your views. Use this contact form to find out how.