Who is Mallory Hagan? 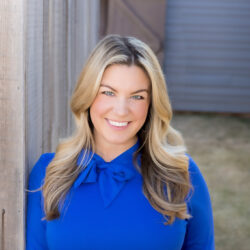 Mallory Hagan is a native of Opelika, Alabama where she grew up with parents who owned and operated two small businesses.

After moving to New York City at 19, Mallory worked in the service industry to make ends meet.

She began competing in the Miss America Organization as a means to earn scholarship assistance. In 2013, Mallory became the first Miss New York to win Miss America since Vanessa Williams.

As Miss America, Mallory traveled the country advocating for Child Sexual Abuse Prevention by working with Prevent Child Abuse America, Erin’s Law, the National Center for Missing and Exploited Children, and more. In addition, she was the National Goodwill Ambassador for Children’s Miracle Network Hospitals. (CMNH)

She was a part of the team that restored $14 million in the federal budget for Child Advocacy Centers across the U.S.

After Miss America, Mallory earned a degree from The Fashion Institute of Technology in Advertising Marketing and Communications. She went on to work as a local news anchor for an NBC affiliate in Georgia.

In 2018, Mallory was the Democratic nominee for Alabama’s 3rd Congressional District. Following her campaign, she became the Alabama Communications Manager for Mike Bloomberg for President.

Now, Mallory is the Communications Manager for Business Outreach Center Network, a non-profit dedicated to providing access to resources and capital for traditionally underserved entrepreneurs.

Mallory Hagan from Opelika, AL has participated in elections listed below in the state of Alabama.

The below links are relevant to Mallory Hagan from Opelika, AL and are articles or opinion pieces published on Bama Politics. Are you Mallory Hagan? Do you have an opinion on Mallory Hagan? Publish an article in our opinion section and your article will appear here. A great way for our visitors to find your content and learn more about your views. Use this contact form to find out how.