Who is Mary Boehm? 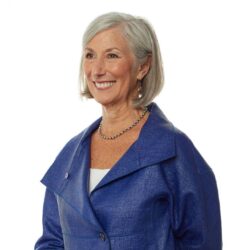 For the last 10 years, Mary Boehm served as President of A+ College Ready, a non-profit organization and a division of the A+ Education Partnership, which was established to improve student achievement and college readiness in public schools throughout Alabama.

A+ College Ready was a College Readiness and Advanced Placement (AP*) Initiative for teachers and students in public high schools across the state. The program’s success led to Alabama’s number one ranking among all 50 states in the percent increase in qualifying scores on math, science, and English AP exams from 2008 to 2016.

Mary was formerly President of the BellSouth Foundation with responsibility for grants and charitable giving in 9 states and was the Regional Vice President of the BellSouth Pioneers, the company’s volunteer arm. Prior to that, she was with the Alabama Power Foundation and early in her career worked with the American Red Cross, the YWCA, and Creative Montessori School.

She graduated from Brooke Hill School and the University of Tennessee at Chattanooga and is an alumnus of Leadership Birmingham and Leadership Alabama.

Mary is married to Chris Boehm, and they have three sons who all attended EPIC school.

Mary Boehm from Birmingham, AL has participated in elections listed below in the state of Alabama.

The below links are relevant to Mary Boehm from Birmingham, AL and are articles or opinion pieces published on Bama Politics. Are you Mary Boehm? Do you have an opinion on Mary Boehm? Publish an article in our opinion section and your article will appear here. A great way for our visitors to find your content and learn more about your views. Use this contact form to find out how.