Who is Micah Messer? 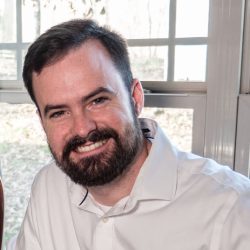 Micah Messer was born and raised in Kinsey, Alabama right outside of Dothan. He spent ten of his twelve years of primary education being homeschooled by his parents. For the last two of his high school years he attended and graduated from Emmanuel Christian School. He received numerous awards while attending ECS including the Christian Leadership Award, an award given to a single student from the entire school.

He also served on the Student Government Association as Senator for two years and one year as Chief Justice. As a senator, he served on the Appropriations Committee where he introduced a bill that completely altered the appropriations process; streamlining and dramatically increasing efficiency for the entire process. Mr. Messer also was the President of the Ratio Christi chapter at the University of South Alabama, a Christian apologetics organization. He was a member of the College Conservatives, Students for Concealed Carry, and Students for Life while attending at USA. Mr. Messer also worked closely with the Young Americans of Liberty organization.

Upon graduation, Mr. Messer was commissioned in the Alabama Army National Guard as a 2nd Lieutenant and served the people of Alabama until finishing his commitment in December of 2020. Throughout his career in the Alabama Army National Guard, he was promoted to 1st Lieutenant, served as the Acting Commander for his Signal Company for almost a year, was a Line-of-Duty Investigation Officer, served as an assistant J6 (Joint Communications Officer) at Joint-Force Headquarters, and was regularly rated above his peers.

Throughout his time in the Alabama National Guard, Mr. Messer worked for Right Side Broadcasting Network as a Camera Operator, Producer, and eventually, in 2019, the Chief Operations Officer. Mr. Messer also served the people of Columbus, GA. as a police officer where he learned what it really meant to be the thin blue line. Mr. Messer also earned his Private Pilot Certificate and High Performance endorsement and is currently studying for his Instrument Rating. Mr. Messer is married to his beautiful wife, Jessica, and together they own a husky mix named, “Captain”. Mr. Messer currently runs and has been running a side business for wedding videography for nine years and is an IT Professional.

Micah Messer from Lanett, AL has participated in elections listed below in the state of Alabama.

The below links are relevant to Micah Messer from Lanett, AL and are articles or opinion pieces published on Bama Politics. Are you Micah Messer? Do you have an opinion on Micah Messer? Publish an article in our opinion section and your article will appear here. A great way for our visitors to find your content and learn more about your views. Use this contact form to find out how.