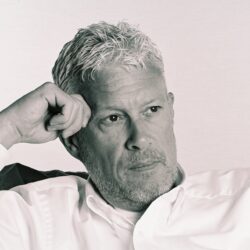 While there are many issues facing Alabama, I believe most fall under the broader issue of state's rights. That is the right of Alabamians to decide for ourselves the future without intervention from an often over bearing federal government. While simultaneously setting an example for the rest of the nation to follow.

I've been covering National and State politics for well over a decade as the host of the popular Conservative Talk Radio Program the Michael Hart Show. I'm also a published author on American History, a guest columnist, a political commentator, and a speaker. I'm the father of 3 great kids, and one heck of a good cook

Being the host of a popular Conservative Talk radio program for over a decade people would often ask me if I ever considered running for public office. Since I was actively covering both state and national politics and really enjoyed being on air, I just did not feel I was being called. I got to meet fascinating people and have amazing experiences. But during that time I also began to realize that this nation was changing... and fast. Having covered all or a portion of four Presidential administrations, (and three Alabama Governors), I noticed that America was (and still is) becoming something I no longer recognized and bore little resemblance to the framers' original ideology. The states, including Alabama, were losing their independent sovereignty. Decisions that would negatively impact the people of Alabama are too frequently made in Washington. Yes, I'm a strong states' rights advocate and champion. I believe the people of Alabama have the right to decide what is best for Alabama, just as the original framers intended.

We constantly hear politicians in Montgomery speak of "Alabama Values". Many campaign on this slogan, but without a clear message of what exactly that means for the people of Alabama. But how can we defend and support our values without first defending our right to choose what they are? I believe it is the responsibility of all state politicians to work with the Federal Government on the issues we agree upon and are mutually beneficial and to stand firm against the issues we do not.

And in doing so I believe Alabama can become a true leader for other states to follow by setting the standard of integrity, independence, liberty, freedom, and the right to worship, educate and live as we see fit. And I believe this task begins locally, in both our State Senate and House districts. Yes, America has a representative form of Government. But so does Alabama. The members of the 35 Senate and 105 House districts' main responsibility is to represent the will and needs of the people they represent in Montgomery. Over the years I have witnessed less and less of this type of leadership and representation. This is probably the reason why we find ourselves constantly struggling with the same issues year in and year out. While simultaneously fighting to keep DC at bay.

There is no truer political adage than; "All politics is local". When we have leadership in Montgomery that truly grasps what this adage means I believe Alabama has a very bright future indeed.

Michael Hart from Birmingham, AL has participated in elections listed below in the state of Alabama.

The below links are relevant to Michael Hart from Birmingham, AL and are articles or opinion pieces published on Bama Politics. Are you Michael Hart? Do you have an opinion on Michael Hart? Publish an article in our opinion section and your article will appear here. A great way for our visitors to find your content and learn more about your views. Use this contact form to find out how.