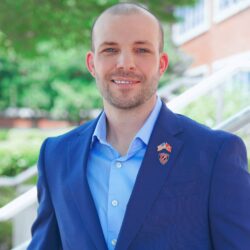 I had the honor of serving 8 years in the U.S. Marine Corps as a Military Police K-9 Handler and Trainer. My highest career achievement and strongest leadership position was as a Sergeant (E-5) being second in charge of the 343rd K-9 Training School (a position usually filled by a service member of the rank E-7).

Unfortunately, in 2011 due to an injury I received from my deployment in Iraq in 2007, my goal of serving my country as a career and following in my family’s military service footsteps came to an end. Life after the military, like most combat veterans in my position, was extremely difficult to say the least. For almost 2 years of trying to integrate back into civilian life, PTSD, depression, pain, homelessness and fighting against opioid addiction took over my life. Too embarrassed and too proud to ask for help, I truly learned the hard way what my “rock bottom” was.

It took me a while, but after seeking out help from my family and completely refusing to become just another Veteran statistic, my life changed for the better. It wasn’t until 2014 when I was offered my current job, here in Alabama, that my life began to be repaired. I thank God everyday for the things in my life. I take nothing for granted because I truly know and have seen other Veterans not make it through what I went through at that time.

Mike Dunn from Trafford, AL has participated in elections listed below in the state of Alabama.

The below links are relevant to Mike Dunn from Trafford, AL and are articles or opinion pieces published on Bama Politics. Are you Mike Dunn? Do you have an opinion on Mike Dunn? Publish an article in our opinion section and your article will appear here. A great way for our visitors to find your content and learn more about your views. Use this contact form to find out how.