Who is Millie Harris? 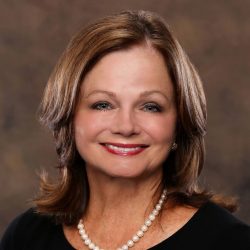 Before her retirement and service on Anniston’s City Council in 2012, Millie Harris was a teacher of gifted children for 22 years, 19 of which were with the Department of Defense, teaching at Fort McClellan Elementary School until the base closed in May of 1999 when she accepted a position at Fort Benning. She received her Master's Degree and Educational Specialist Degree from the University of Alabama in Special Education, Talented and Gifted Concentration. She was named Most Outstanding Student, Talented and Gifted on Honors Day at the University of Alabama in April of 1995.

In April of 1994, Harris was included in the National Science and Technology Honor Roll of Teachers, awarded to one teacher in each of 50 states. She was a National Writing Project Fellow at Jacksonville State University during the summer of 1998 and served on the Writing Project Advisory Board. While at Fort McClellan, Mrs. Harris served as School Improvement Chair and Southern Association of Schools and Colleges Accreditation Chair. She has led teacher in-service training and published articles for teachers on multiple intelligences in the arts, Leonardo da Vinci, endangered species, ornithology, creative writing and ancient Greece. She has served on the Board of Directors for the Anniston Community Theatre, as President of the Calhoun County Council for Exceptional Children, as President of the Fort McClellan Education Association, on the Anniston Museum of Natural History Education Advisory Board, on the Anniston Community Education Foundation Board and has volunteered for the Knox Concert Series, the Calhoun County Humane Society, The First United Methodist Church, and the American Cancer Society.

As the 2001 DoDEA (Department of Defense Education Activity) Teacher of the Year, Mrs. Harris traveled throughout Germany, England, Japan and the United States, speaking to various teachers’ groups. She served as Editor of Teacher to Teacher, a worldwide teacher newsletter for DoDEA Schools. Being featured in Ladies’ Home Journal (9/01), attending a space camp, meeting President George W. Bush in the Oval Office and holding teacher retreats were some of her other experiences as DoDEA Teacher of the Year.

Since retirement in 2005, she volunteered for the League for Animal Welfare and The Animal Shelter, served as the 2007 American Cancer Society Gala Co-Chair and was on the American Cancer Society Board of Directors, Co-Chaired Jacksonville State University’s Language Arts Olympiad, and served on The City of Anniston Planning Commission. In addition to being Anniston’s City Council Ward Four Council Member, Harris presently serves on The Knox Concert Series Board is President of SAVE, a local spay-neuter advocacy group, and is a member of Grace Episcopal Church. Mrs. Harris is married to Braxton Harris of Anniston, Alabama and has two children, Braxton Harris, Jr. of Anniston, Alabama and Melissa Harris Dye of Potomac, Maryland and three grandchildren, Anne Marie Harris of Anniston and Millicent and Timothy Dye of Potomac, MD.

Millie Harris from Anniston, AL has participated in elections listed below in the state of Alabama.

The below links are relevant to Millie Harris from Anniston, AL and are articles or opinion pieces published on Bama Politics. Are you Millie Harris? Do you have an opinion on Millie Harris? Publish an article in our opinion section and your article will appear here. A great way for our visitors to find your content and learn more about your views. Use this contact form to find out how.