Who is Parker Moore? 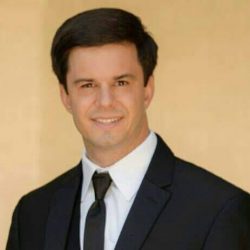 As a lifelong resident of Decatur, Parker Moore is Alabama-born and raised. This has given Parker Moore the unique ability to recognize the issues facing our state and district. Parker has learned through this experience how to be a part of the solution in keeping our state on track.

Parker Moore worships and is an elected elder at his church, Decatur First Presbyterian, where he helps guide and grow the congregation. Every day, Parker is counseled and guided by his Christian faith and believes in giving back to his community. Parker is a proud graduate of Decatur High School and serves on numerous community organizations. He is currently on the Development Council with Huntsville Hospital.

Parker Moore is fighting tooth and nail for every citizen of our district. Since taking office, House District four has seen record economic growth, residential growth, and improved quality of life. When you voted to send Parker to the legislature in 2017 and 2018, he promised to be transparent, hold firm to the conservative values that made him who he is and fight for our shared values. That's exactly what Parker has done.

Parker is a consistent, lifelong, conservative who believes that anyone can pull themselves up by their bootstraps and achieve the American dream. Parker has spent his life helping get Republicans elected to public office. Between knocking on doors, making phone calls, putting out signs, and serving in local republican efforts, Parker has helped conservatives all across Alabama run for all levels of office and win -- effectively making Alabama a more conservative and Republican state.

Parker will go door to door, phone bank, and attend any event possible. He will work for each and every vote he receives and will never take your support for granted. He knows the people of District 4 and understands that they are not swayed by flashy ads, dramatic stories, or made-up controversies. That's why Parker chooses to campaign the old-fashioned way: going door to door and asking for your vote personally, honestly answering any question he can, and meeting each and every voter where they are.

Parker Moore is a lifelong resident of District 4 who knows our values. Parker wants to serve you in the legislature because he feels led to offer his time as a service to our community. Be on the lookout, Parker will likely be knocking on your door soon!

Parker Moore from Decatur, AL has participated in elections listed below in the state of Alabama.

The below links are relevant to Parker Moore from Decatur, AL and are articles or opinion pieces published on Bama Politics. Are you Parker Moore? Do you have an opinion on Parker Moore? Publish an article in our opinion section and your article will appear here. A great way for our visitors to find your content and learn more about your views. Use this contact form to find out how.