Who is Paul J. Head? 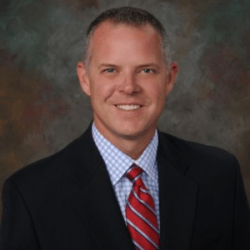 Paul has lived in Vestavia Hills for over 35 years and has been involved in youth sports for the past 10 years. He attended Vestavia Elementary East, Pizitiz Middle School and is a 1992 graduate of Vestavia Hills High School. Paul was a three-sport athlete, having earned eight varsity letters in football, baseball and basketball.

Paul attended the University of Mississippi on a football scholarship and graduated with a Masters in Accounting in 1997. He was a multiple SEC academic honor roll designee.

Currently, he is the chief financial officer at Myrick Gurosky & Associates, where he is responsible for all accounting and finance functions, along with risk management and safety issues. In 2003, Paul was the recipient of the Regions Bank “Small Business Salute” award.

Paul is married to Leigh Anne (Smith) Head, a 1992 graduate of Vestavia Hills High School. Leigh Anne is a former teacher at Vestavia Elementary Central. They are the parents of three children, Ryanne, John Paul and Chance Stephenson, and are members of Shades Mountain Baptist Church.

Paul J. Head from Vestavia Hills, AL has participated in elections listed below in the state of Alabama.

The below links are relevant to Paul J. Head from Vestavia Hills, AL and are articles or opinion pieces published on Bama Politics. Are you Paul J. Head? Do you have an opinion on Paul J. Head? Publish an article in our opinion section and your article will appear here. A great way for our visitors to find your content and learn more about your views. Use this contact form to find out how.