Who is Phil Riddick? 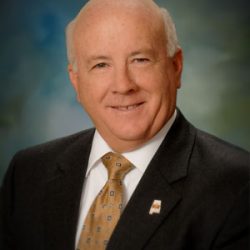 Commissioner Phil Riddick represents Madison County District 5 which includes the area south of Governors Drive and north of Green Cove Road and west to Redstone Arsenal and east to the ridge of Green Mountain. Phil is serving his second term as the District 5 Commissioner. He was first appointed by Governor Bob Riley on January 4, 2011 to serve the remainder of Mo Brooks term when Mo was elected to Congress. Commissioner Riddick was elected to his second term in office in the November 2012 General Election.

Phil works at Bill Poole Realty, a commercial real estate brokerage firm. He has more than 25 years of sales experience in real estate, computer and industrial supply industries. His latest venture includes the opening of Huntsville Strings Shop in South Huntsville. He is a graduate of Auburn University with a degree in Business Administration/Marketing.

Community involvement has always played an important role in Phil’s life. He is currently serving as a member of the State Employees Health Insurance Board and is the first member to be appointed from Madison County. He is Past President of the Huntsville Metro Kiwanis Club, Past President of Huntsville Youth Orchestra, a member of the Association of County Commissioners serving on the Legislative Committee, past chair of the South Huntsville Civic Association’s political action committee, past Vice President for Mountain Gap Elementary PTA, and past Vice President of Legislation and Advocacy for the Huntsville Council of PTAs. He previously served eight years on the Madison County Republican Executive Committee and as an ambassador for the Huntsville-Madison County Chamber of Commerce.

Phil and his wife Rebecca DeWine Riddick have been married for 23 years and have one son, Steven, who is a recent graduate from Birmingham Southern College.

The below links are relevant to Phil Riddick from Huntsville, AL and are articles or opinion pieces published on Bama Politics. Are you Phil Riddick? Do you have an opinion on Phil Riddick? Publish an article in our opinion section and your article will appear here. A great way for our visitors to find your content and learn more about your views. Use this contact form to find out how.