Who is Reese McKinney? 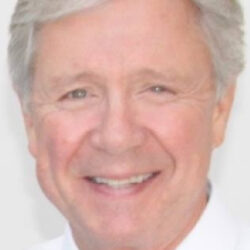 Reese McKinney, Jr., was born on January 17, 1948. He attended public school in Montgomery, Alabama, graduating from Sidney Lanier High School. After attending Marion Military Institute, he received a B.S. degree in Business Administration from Huntingdon College and a B.F.A. degree in Environmental Design from the New School University. In 2005 he completed the Alabama Law Institute’s Law for Probate Judges Course.

He became Probate Judge in March 1998, was elected to his first full six-year term in November 2000, and was re-elected in 2006. He previously served as Administrative Assistant to Montgomery Mayor Emory Folmar, from 1978 until 1998. Reese is married to the former Beverly Gordy and has three daughters: Beth, Cathryn and Rebecca and ten grandchildren.

Judge McKinney is a member of Trinity Presbyterian Church in Montgomery, has been a Sunday School Teacher, and is Past-Chairman of the Board of Deacons. He is a past Chairman of the Central Alabama Aging Consortium, a past member of the Central Alabama Regional Planning and Development Commission, and the Alabama Film Advisory Commission. He has served on the Junior League Community Advisory Board and is Past-Chairman of the State of Alabama Agricultural Center Board. He is a Trustee and Past-President of the Jimmy Hitchcock Memorial Award Committee, Past-Chairman the YMCA Program Branch, and currently serves on the YMCA Metro Board.

Judge McKinney was nominated YMCA Man of the Year for 1993-94. He is Past -President of the Kiwanis Club of Montgomery, is a past member of the Board of Directors of the Kiwanis Club of Montgomery Foundation and serves on the Alabama Judicial System Study Commission, the Planning Council of the Department of Mental Health, and is Vice-Chairman of the Alabama Certificate of Need Review Board. He is a past Secretary Treasurer and past member of the Jackson Hospital Board of Trustees. Judge McKinney has served on the Board of Directors for the Montgomery Area United Way and is Past-President of the Alabama National Fair Board.

Judge McKinney also serves on the Advisory Boards of Auburn University at Montgomery and the Salvation Army. He is currently a member of the Montgomery Area Committee of 100, the Wright Flyers, the Center Industry Council at the Montgomery Job Corps Center, and is Past-President of the Alabama Probate Judges Association. In July 2003 Judge McKinney received the WINGS Distinguished Service Award and in September 2009 he was one of Mental Health America’s recipients of the “Heroes in the Flight” award.

Reese McKinney from Montgomery, AL has participated in elections listed below in the state of Alabama.

The below links are relevant to Reese McKinney from Montgomery, AL and are articles or opinion pieces published on Bama Politics. Are you Reese McKinney? Do you have an opinion on Reese McKinney? Publish an article in our opinion section and your article will appear here. A great way for our visitors to find your content and learn more about your views. Use this contact form to find out how.