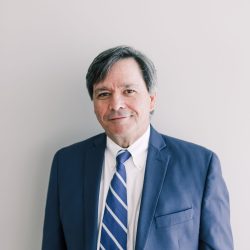 I want to change Alabama’s current reactionary politics. I will provide a positive, progressive vision for our State, one that says to every person that their voice matters and that in solidarity we can lift all boats. I believe that strengthening workplace protections and empowering workers to act collectively will create wealth and spread prosperity. I believe that strengthening our schools, respecting teachers and expanding access to college education or training in a skilled trade will make our State a better place to live, attract investors and keep our children here.

We need politicians who will tell the truth and not fill the airwaves with hate and division. I’m tired of watching our current State leaders demonize the most vulnerable and knowingly pursue policies in the name of ordinary working Alabamans that actually hurt the very people they claim to represent. The refusal to expand Medicaid is perhaps the best example of such reactionary politics in action. The Republicans controlling Montgomery reject Medicaid expansion under the ACA even though they know it will save the State millions and expand coverage to thousands of families that can’t afford health insurance and shore up a faltering rural health care system.

What happens in Alabama resonates throughout our Country. If I win this race, we will send a message to Montgomery and the rest of the Republican Party nationwide. A message saying that, here in House District 15, we reject the politics of hate and division, we reject the politics of favoring the wealthiest and most powerful and that we expect our leaders to listen to all their constituents, include them in the conversation and work towards solutions to their problems.

Since 1997, my family and I have lived in a subdivision of the Russet Woods neighborhood in Hoover, AL. I was born in Miami, Florida to Cuban immigrants who fled a repressive communist government. As the child of parents who lost every worldly possession and were forced to leave loved ones behind because they didn’t share the political views of those in power, I understand how important it is to nurture and protect a free and democratic government.

After graduating from Miami Jackson High School, I attended Florida State University and met Carrie, my wife of 35 years, during a debate tournament. Carrie herself was born and raised in Huntsville, Alabama along with four other siblings. Her father’s family has deep roots in Alabama, moving here before Alabama became a State. Carrie and I were married in Birmingham and then moved out to California for graduate school. When she was offered a faculty position at the University of Alabama in 1991, we jumped at the opportunity and moved to Tuscaloosa. I started at the University of Alabama’s School of Law that same year and graduated magna cum laude in 1994. We have two wonderful adult children who were born and raised here. My daughter is a graduate of the Jefferson County IB School and attends Vanderbilt University. My son is a graduate of the Alabama School of Fine Arts and attends the University of Alabama.

As a lawyer, my practice has focused on representing employees and consumers. I’ve represented employees and their labor unions in disputes over the right to join and support a Union without fear of reprisal. I’ve also represented employees who’ve been unfairly treated and discriminated against. This practice has shown me first-hand the kinds of stress employees deal with on a daily basis and the devastating effects of losing a job because of unfair treatment or an on-the-job injury. There is no greater reward than helping and counseling a person who needs someone on his or her side during trying time.

Helping people in need is why I belong and contribute to the Greater Birmingham Ministries. I was on the Board of GBM for several years and know from experience the fabulous work they do every day of the year. I’m also a member of the Birmingham Bar Association and have served on several committees over the years. I also belong to the American Bar Association and the Union Lawyer’s Association. Though I hate to say that I don’t go there as frequently as I should, I’m a member of the Hoover YMCA.

So what do I do when I’m not working, worry about the Tide and the Atlanta Braves. Occasionally, I take a walk in the neighborhood though the hills in South Highlands make me wonder why I’m out walking. I also argue a lot, as most lawyers do.

Richard P. Rouco from Birmingham, AL has participated in elections listed below in the state of Alabama.

The below links are relevant to Richard P. Rouco from Birmingham, AL and are articles or opinion pieces published on Bama Politics. Are you Richard P. Rouco? Do you have an opinion on Richard P. Rouco? Publish an article in our opinion section and your article will appear here. A great way for our visitors to find your content and learn more about your views. Use this contact form to find out how.