Who is Rob Robertson? 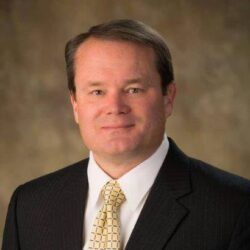 Throughout almost all his work history, Rob has led teams to accomplish missions and regularly provided innovative thought and visionary leadership when confronting problems, often in stressful situations. He has led teams in law enforcement, military, and numerous business roles. Often the focus of these efforts was to help people in some way and Rob is known for his ability to work well with diverse groups of people to develop solutions.

Rob currently serves as Director of the Tuscaloosa County Emergency Management Agency. He was appointed in January 2015 and charged with restaffing, redefining the Agency's mission for the future, and building a new EMA daily workspace and Emergency Operations Center.

He grew up in Orlando, FL where his parents moved after completing their education at the University of Alabama. Always wanting to move to Tuscaloosa for college, he did so at the age of 17 after completing high school and has lived in the Tuscaloosa area for 32 years. He still loves it!

In the early days of college, Rob joined the United States. Marine Corps Reserves, later becoming a veteran of the Persian Gulf War. After returning from service, he joined the Tuscaloosa County Sheriff's Office first as a Reserve Deputy Sheriff, then a Detention Officer and finally a Deputy Sheriff / Investigator.

He eventually left the Sheriff's Office to complete his college education at the University of Alabama where he earned Bachelor’s and Master’s degrees in Business Administration. He always worked during his college years to help with expenses.

His academic studies included a broad range of topics such as accounting, finance, organizational management, contract and real estate law, small company management, statistics, operations management, marketing, information systems, and more. All of which he heavily drew upon in his later career.

Rob operated a number of services, technology, and product-based businesses beginning as a teenager and later during college. During graduate school, he co-founded a business in the rapidly emerging industry of online commerce. He remained in that industry for a number of years gaining valuable experience through good and bad times. Ultimately he lost the business after a prolonged fight to survive the Great Recession and the rapid rise of the largest internet retailer.

Going forward, Rob wanted to focus more on serving people with resources and information rather than product sales. He next began a season of consulting and working in church administration.

After the devastating tornado of 2011, Rob was itching to help in some way and accepted a federal appointment with FEMA that once again rekindled his interest in returning to public service.

While helping the Holt community develop a framework for recovery, many areas of need were identified across our county. Solving these needs would take years and cooperation across our local jurisdictions. This experience set the stage for the next chapter of his public service.

Recent projects have included the design and implementation of the TuscAlert county-wide mass notification system, helping plan the new 911/EMA facility, and working to build new partnerships among government, academic, and community groups.

He is a charter member of Christ Harbor Church and lives in Northport with Dana, his wife of 16 years, and their two daughters. He enjoys time with family, history, camping, water sports, and what his wife calls "tractor time" on the family farm.

The below links are relevant to Rob Robertson from Tuscaloosa, AL and are articles or opinion pieces published on Bama Politics. Are you Rob Robertson? Do you have an opinion on Rob Robertson? Publish an article in our opinion section and your article will appear here. A great way for our visitors to find your content and learn more about your views. Use this contact form to find out how.