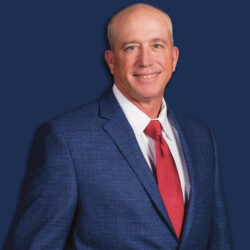 Born in Enterprise to Roy and Judy Byrd, my formative years were influenced greatly by my grandparents, Willie Mae and Rev. Q.P. Jones and Carrie Bell and Edward Byrd. Early on, my family instilled into me the importance of faith, hard work and responsibility. At the age of 14, I started working with Cobb Electric Motor Service and graduated from Enterprise High School in 1986.

After serving in the United States Coast Guard, I joined the Alabama National Guard. In 1992, I began my own company, Southern Electric Motor Service, which has prospered every year since its inception. A vital factor in our success has been a focus on employing, training and equipping others to serve our communities and military facilities at the highest level.

Since 1999, I've served in the Sheriff's office protecting the citizens of Coffee County under two different sheriffs. Along the way, I put myself through the law enforcement academy and in 2010 I was promoted to Captain of the Reserves.

My wife KD and I have two wonderful daughters and are members of Enterprise First Baptist Church. I love the outdoors, hunting and fishing. I believe in Jesus Christ. I am conservative, a lifelong Republican and support our Constitution. As Sheriff, I will do everything in my power to protect and defend our constitutional rights.

– be a community sheriff.
– protect the constitutional rights of Coffee County citizens.
– reduce the cost of the fees controlled by the Sheriff's Office.
– coordinate with the leaders of our communities and cities to keep our citizens safe and informed.
– keep the Sheriff's Office transparent and have an open-door policy.
– improve security and protection in our schools.
– create specialized teams to handle different emergencies.
– have body cameras on deputies for everyone's protection.

Scott Byrd from Enterprise, AL has participated in elections listed below in the state of Alabama.

The below links are relevant to Scott Byrd from Enterprise, AL and are articles or opinion pieces published on Bama Politics. Are you Scott Byrd? Do you have an opinion on Scott Byrd? Publish an article in our opinion section and your article will appear here. A great way for our visitors to find your content and learn more about your views. Use this contact form to find out how.