Who is Scotty Johnson? 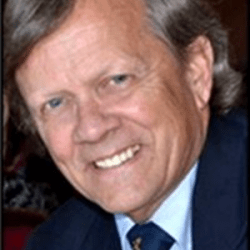 Scotty Johnson is in his first term on the Enterprise City Council, serving District 4. He took office in November 2020.

Scotty Johnson was elected to the Enterprise City Council in August 2020 to represent District 4.

Johnson retired from the United States Army as a Chief Warrant Officer 5, after serving for 38 years. After retirement, he worked as a Department of the Army Civilian for 13 years until his retirement from civil service in 2017.

Johnson and his wife, Dawn, have been married for 54 years. They have four adult children, eight grandchildren and two great-grandchildren. They are members of Church with U.

Active in community and public service, Johnson is the coordinator of the Coffee County Community Emergency Response Team. He is a member of the Commander’s Retiree Council, Fort Rucker; VFW Post 6683 and several other military service organizations; Enterprise Lion’s Club; the International Civitan Club; and the Enterprise State Community College Committee on Accreditation of Educational Programs for the Emergency Medical Services Professions (CoAEMSP).

He also serves as Ambassador for the Enterprise Chamber of Commerce Ambassadors Team; Vice Chairperson of the Recovery Organization of Coffee County (ROCC); and Athlete Classifier for the National Wheelchair Basketball Association.

Scotty Johnson from Enterprise, AL has participated in elections listed below in the state of Alabama.

The below links are relevant to Scotty Johnson from Enterprise, AL and are articles or opinion pieces published on Bama Politics. Are you Scotty Johnson? Do you have an opinion on Scotty Johnson? Publish an article in our opinion section and your article will appear here. A great way for our visitors to find your content and learn more about your views. Use this contact form to find out how.