Who is Shannon Cauley? 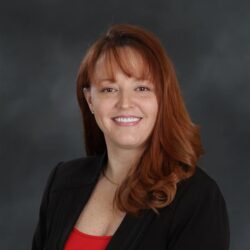 Mrs. Shannon Cauley was appointed in 2013 to serve as the District 7 representative on the Baldwin County Board of Education. District 7 incorporates all of Spanish Fort, parts of Loxley, and Silverhill. In 2016, she was elected to her first full term. Mrs. Cauley has proudly served as Vice-Chair and Chair of the BCBE. Mrs. Cauley also serves as the District 1 Director for the Alabama Association of School Boards (AASB) representing Baldwin, Brewton, Chickasaw, Clarke, Conecuh, Escambia, Mobile, Monroe, Saraland, Satsuma, Thomasville, Washington, the Alabama School of Math and Science, as well as the newly-formed Gulf Shores school system. Through AASB, Mrs. Cauley has served on various committees promoting public education across the state.

The below links are relevant to Shannon Cauley from Spanish Fort, AL and are articles or opinion pieces published on Bama Politics. Are you Shannon Cauley? Do you have an opinion on Shannon Cauley? Publish an article in our opinion section and your article will appear here. A great way for our visitors to find your content and learn more about your views. Use this contact form to find out how.