Who is Sheila Banister? 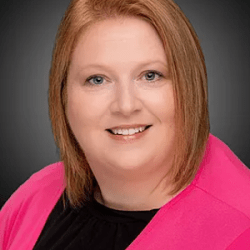 As a BUSINESS WOMAN, Sheila holds a Master’s degree in Organizational Management and spent nearly 15 years working in a variety of industries. The majority of her career was spent consulting with fortune 500 companies, government entities and non-profit organizations, assisting them in transformational change programs. As an executive, her role gave her in-depth knowledge and experience in budgeting, project management, training, leadership, sales, negotiations, people development, change management and communications. Now as a small business owner, Sheila manages a real estate business that focuses on investing.

As a WIFE, Sheila has been a supporter, cheerleader, partner, friend and counselor to her husband, Ret. Lt. Colonel Lance Jones. She has followed him from base to base and took care of the homefront when deployed to Afghanistan, as he, along with his fellow Airmen, protected and defended America. Sheila and Lance are truly best friends and partners in life as they have navigated military life, blended families, managed careers, and supported each other as they pursued their dreams.

Family is everything to Sheila and her role as MOTHER is her favorite priority. She is the mother to a spunky 6-year-old girl, a stepmother to 4 hard-working adults and “GiGi” to 6 grandchildren. She can often be found hosting playdates, providing college and career advice, preparing meals, nursing wounds, chauffeuring and all the other many hats that come with motherhood.

Giving back and helping those around her has always been important to Sheila, even as a small child. In her youth, Sheila was often found participating in service projects at her school and church. This carried through to her adult life as she has been a VOLUNTEER to many organizations including Big Brothers Big Sisters, Junior Achievement, United Way, and Girl Scouts of America, just to name a few. She also actively volunteers at her church and for her daughter’s school. One of her most rewarding volunteer experiences has been assisting with humanitarian work. She is a Co-Founder of Singular Humanitarian, an organization that provides development assistance in areas of infrastructure, professional development, education and health care across the globe. She has served as both an Executive Director and Board Member for this organization. Sheila currently serves as the president of the Republican Women of Madison and a member of the Limestone County Republican Executive Committee.

Sheila is a true believer of Christ. As a CHRISTIAN, she believes it is her duty and moral obligation to be a DEFENDER of FREEDOM. Part of that responsibility includes not only defending the US Constitution, but also protecting and securing the basic entity of our societies: the Family. Throughout her life, Sheila has stood up for freedom, families and American ideals and is running for Alabama’s House of Representatives to continue that defense.

Sheila Banister from Madison, AL has participated in elections listed below in the state of Alabama.

The below links are relevant to Sheila Banister from Madison, AL and are articles or opinion pieces published on Bama Politics. Are you Sheila Banister? Do you have an opinion on Sheila Banister? Publish an article in our opinion section and your article will appear here. A great way for our visitors to find your content and learn more about your views. Use this contact form to find out how.