Who is Steve Jones? 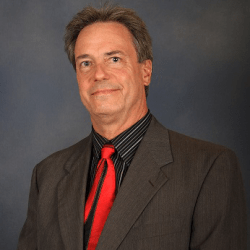 Steve Jones moved to Gulf Shores from Guntersville, Alabama, in 1991 and worked in the hospitality industry, real estate operations management, and real estate sales before joining the Coastal Alabama Business Chamber as Vice President of Special Events and Community Relations in 2019. Before that, he lived and worked in hotel management in Fort Lauderdale, Myrtle Beach, Charleston, Birmingham, Montgomery, Ozark, Jekyll Island, and Dallas. Born in Kansas City, Missouri, Jones moved to Montgomery, Alabama, in 1962, where he was raised and educated. After graduating from Auburn University in 1978 with a degree in Business Administration, Steve worked in restaurant management in Auburn before transitioning into the hotel business in 1982.

From day one, he has involved himself in our island community, starting with membership in the Kiwanis Club, and has since served as Chairman of the Board for the Coastal Alabama Business Chamber, the Coastal Baldwin Educational Enrichment Foundation, and the Zoo Foundation, which recently opened their new facility Oak Road East. Jones has received numerous community service awards for his involvement in many service organizations outside his service as a City Council Member.

He served as a volunteer Chairman for the Annual National Shrimp Festival for many years until being hired to produce it and has become a champion of the environment by working to produce the Regional Annual Electronics Recycling event for many years and working behind the scenes to help effect the "Leave Only Footprints" initiative and our curbside recycling routes.

Steve believes that service is "the rent we pay for the space we take up."

Steve Jones from Gulf Shores, AL has participated in elections listed below in the state of Alabama.

The below links are relevant to Steve Jones from Gulf Shores, AL and are articles or opinion pieces published on Bama Politics. Are you Steve Jones? Do you have an opinion on Steve Jones? Publish an article in our opinion section and your article will appear here. A great way for our visitors to find your content and learn more about your views. Use this contact form to find out how.