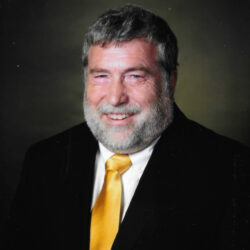 Norman has had a lifetime of experiences preparing him for the task of serving Alabama’s citizens as the next Senator of District 31, which covers Coffee, Covington, Pike, and the northern portion of Dale County.

What is Norman’s take on that? “So What?! …..If my life experiences are used just to get your vote and aren’t used to help you and the other people of Alabama, then I am no different than anyone else asking you to give them a paycheck to “fix” Alabama just because they checked all the boxes of being a “good guy”.

Like most people who have risked it all to create jobs and make a difference in life, he has experienced life’s ups and downs. Failure has been used as a learning tool and provided the incentive to pick himself up and move forward.

As a graduate of Alabama Aviation and Technical College, with an Associates Degree in Aviation Maintenance, he was able to use the skills he learned from earning his A&P license to build Stormins and its associated businesses from the ground up.

The first year he was in business was during Jimmy Carter’s administration. The $3000 he grossed that year was a valuable introduction to how horrible government policies can have a detrimental effect on small businesses.

Despite the challenges, Norman grew his towing service into the largest Towing and Recovery business in the Wiregrass with 16 tow trucks and 25 employees at its peak. He was known primarily for the towing company and his passion for saving lives by towing people home that had too much to drink. A little-known fact was his tow truck dealership, which he built into the highest volume dealership in the country for a major wrecker manufacturer. Many of his large tow trucks were shipped all over the US including Hawaii.

Never afraid to get his hands dirty, Norman could often be seen working alongside his greatest assets, his people. He believes true leaders lead by example, a reason he was one of only a thousand in the whole country that was a dual certified Master Auto and Master Truck technician during the early years of NIASE (ASE). His tow truck certifications and other accomplishments are too numerous to mention.

As an active instructor, he taught his employees and others across the country, not just in person, but by writing a monthly column for several national industry publications for 20 years.

Stormin has never been afraid to jump in and try to “fix” things in our government when it was detrimental to the working man and woman. He did this locally with some police departments, statewide when he wrote some of the State’s towing requirements for Col Jones in Montgomery, and on a national level as the keynote speaker on a panel presenting industry issues before the DOT in Washington D.C.

Norman Horton was recently recognized for his many efforts by being inducted into the International Towing and Recovery Hall of Fame in Chattanooga, TN, the birthplace of towing and recovery.

After selling his business, Stormin Norman saw several needs in Alabama. Not waiting to get a paycheck to fix problems, he went to Montgomery to make some changes as a private citizen. Stormin has devoted over half a decade of his life to writing bills and shepherding them through the Senate and the House and onto the Governor's desk. Even more importantly, he worked to kill bad bills which in many cases were UN-constitutional. He has been told by current legislators that he has a reputation for being a fighter in Montgomery and his common sense bills were not too common in Montgomery.

Norman feels it is time to continue his work and keep a closer eye on legislation that will be beneficial (or harmful) to Alabama’s best assets, its people, by being elected the next Senator of District 31.

Stormin Norman Horton is a champion for the working men and women of Alabama and welcomes input by emailing him at storminnormanhorton@gmail.com or texting his cell at (334) 545-NORM

Norman is married to his first wife of 42 years, Roslyn New Horton, who comes from a long line of Alabamians in Randolph County. It has been said that a man’s true measure is reflected in his children. Norman and Roslyn have 4 children; Cindy a former warehouse manager for Thomas and Betts in Memphis TN, Brian, head IT director for Duke Schools in Raleigh, NC, Michael, a former psych tech for troubled children who is currently a real estate investor, and Becky, who owns and manages an information solutions company, both in Florida. By design, none of them are involved in his campaign.

As a Ham radio operator, W4NDH, Norman feels SOS means it is time to Save Our State from the downward spiral so many states have taken, and respectfully asks for your vote and support to be able to do just that as the next State Senator for everyone in District 31.

Stormin Norman Horton from Ozark, AL has participated in elections listed below in the state of Alabama.