Who is Thomas E. Worthy? 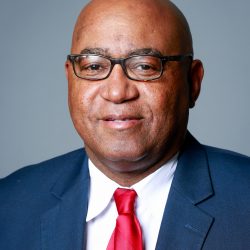 Thomas is currently a member of the Abundant Life Church in Gadsden. Thomas has two sons, TJ and Blake with Charlotte Worthy, and three grandchildren: Emiya’rai, Harper, and Trey. Thomas is the youngest brother of eight children.

Thomas volunteered for Desert Storm with the 2/152 Armor Battalion where he trained for 4 1/2 months at Ft. Hood TX as a commander of Bradley Fighting vehicle, a 19th Delta Calvary Scout Armored Reconnaissance Unit. However, the ground war ended after 100 hours. Thomas was also called up to active duty to serve after 9/11 where he served as the Noncommissioned Officer in Charge of the Gate Detail. After 22 years of service in the military, he retired from the Alabama National Guard (19 years) and the United States Army (3 years of active duty). After serving 25 years, he retired from the City of Gadsden Police Department as a detective.

After graduating from Emma Sansom High School, Thomas attended Gadsden State Community College where he earned an Associate in Science Degree. He furthered his education by earning a bachelor's degree in Homeland Security and Emergency Management from Ashford University. Thomas has proven leadership by serving as the former President of the Fraternal Order of Police, Past Chairman of the Etowah County Voters' League, and Past Chairman of the Etowah County Democratic Executive Committee. Currently, he is a member of the Etowah County Democratic Women's Club along with other non-political organizations.

Thomas E. Worthy from Gadsden, AL has participated in elections listed below in the state of Alabama.

The below links are relevant to Thomas E. Worthy from Gadsden, AL and are articles or opinion pieces published on Bama Politics. Are you Thomas E. Worthy? Do you have an opinion on Thomas E. Worthy? Publish an article in our opinion section and your article will appear here. A great way for our visitors to find your content and learn more about your views. Use this contact form to find out how.