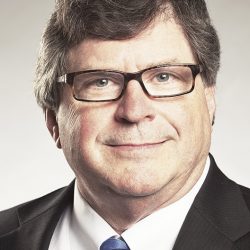 Wadsworth is the conservative Republican who has fought senseless higher taxes and corrupt politics in Montgomery.

Noted by the American Conservative Union as one of the consistent top conservative representatives in Montgomery, Wadsworth was also one of the first state officials to endorse and support Donald Trump for President in 2016. Wadsworth served as a delegate committed to Donald Trump to the Republican National Convention in 2016 and in 2020 and was elected as Elector by the Fourth Congressional District to cast your vote for Donald Trump.

"I've worked hard to bring new jobs and businesses to our communities in Walker and Winston counties, and we've been successful in bringing back our share of tax dollars," Wadsworth stated.

"Residents told me they wanted increased funding for our volunteer fire departments, and I found sources for those dollars. I was able to secure grants for the communities and schools in this district."

Wadsworth continued, "Specifically, I negotiated to get lighting at the Carbon Hill - Nauvoo exit on I-22. Similarly, I worked to have the State of Alabama take over Duncan Bridge on Smith Lake, and spend $5.7 million of state funds for its badly needed renovation."

The Republican Primary is set for May 24, 2022, and the General Election later in November. Tim thanks you for your support.

Tim Wadsworth from Arley, AL has participated in elections listed below in the state of Alabama.

The below links are relevant to Tim Wadsworth from Arley, AL and are articles or opinion pieces published on Bama Politics. Are you Tim Wadsworth? Do you have an opinion on Tim Wadsworth? Publish an article in our opinion section and your article will appear here. A great way for our visitors to find your content and learn more about your views. Use this contact form to find out how.