Who is Tom Parker? 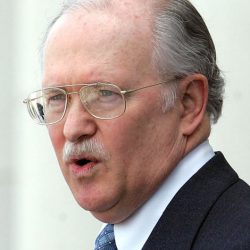 Justice Tom Parker was first elected to the Alabama Supreme Court in 2004 and then re-elected in 2010.

He previously was the Deputy Administrative Director of Courts, where he served as General Counsel for the Alabama court system, advising trial court judges, and as the Director of the Alabama Judicial College, providing training for new judges and continuing legal education for all the trial judges in Alabama. He also served as the Legal Adviser to the Chief Justice.

Justice Parker served in the Alabama Attorney General’s Office under then Alabama Attorneys General Jeff Sessions and Bill Pryor. As an Assistant Attorney General, he handled death penalty cases, criminal appeals, and constitutional litigation. He has extensive experience in writing appellate briefs and with oral arguments before the Supreme Court and the Court of Criminal Appeals. Previously, he was a partner in Parker & Kotouc, P.C., a Montgomery law firm that handled many high-profile constitutional cases.

Tom Parker was the founding Executive Director of the Alabama Family Alliance (now the Alabama Policy Institute) and, later, the founding Executive Director for the Alabama Family Advocates, which were state organizations associated with Dr. James Dobson and Focus on the Family. He lobbied for family values in the Alabama Legislature. Parker has appeared on Focus on the Family, with Dr. James Dobson, The 700 Club, with Dr. Pat Robertson, the McNeil-Leher News Hour, For the Record, and numerous radio programs around the country.

Justice Parker is a Montgomery native — the son of the late Tommy Parker and Gloria Parker Pennington, and the step-son of the late Harry L. Pennington of Huntsville. He was elected Student Body President at Montgomery’s Sidney Lanier High School and Speaker of the House of both YMCA Youth Legislature and Boys’ State.

Justice Parker and his wife, the former Dottie James of Auburn, have been married for 36 years. Dottie served as Supervisor of the Alabama Governor’s Mansion during the administration of Alabama Governor Fob James. They are members of Frazer Memorial United Methodist Church.

The below links are relevant to Tom Parker from Montgomery, AL and are articles or opinion pieces published on Bama Politics. Are you Tom Parker? Do you have an opinion on Tom Parker? Publish an article in our opinion section and your article will appear here. A great way for our visitors to find your content and learn more about your views. Use this contact form to find out how.