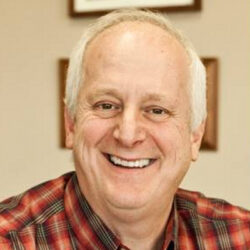 Tom’s father was Dr. Richard (Dick) Vigneulle. Dr. Vigneulle was the executive vice president of City Federal Savings & Loan and president of Service Corporation. His father would later answer the call to ministry and become the founding pastor of Shades Mountain Independent Church in Hoover, Alabama.

Tom learned from his father the value of hard work and commitment at an early age. At the age of 12, he got his first job delivering newspapers in his Bluff Park neighborhood. He continued working his delivery route until he graduated high school. Upon graduation, Tom went on to attend Liberty Baptist College (now Liberty University) in Virginia where he majored in business administration and minored in TVR (broadcasting). Tom was freshman class President, Vice-President of activities his junior year, and traveled across the United States and Canada with the LBC Singers as their sound man before his senior year. After returning to Birmingham, Tom worked in research and development in the satellite communications industry for a year and a half.

Two years after marrying his wife Ginger, they started their own business, Royal Bedding Manufacturing, Inc. in August of 1987. Since that time, Tom has mastered the bedding industry and learned the challenges of owning a small business. He knows what it takes to balance a budget and make hard decisions on spending priorities. Tom is also a long-time member of the National Federation of Independent Business.

Together with his father, Tom purchased a hay farm in Wilsonville that he has managed since 1999. In 2012, Tom transitioned it to a cattle farm. He and his wife are members of the Cattlemen’s Association of Alabama.

Tom Vigneulle from Birmingham, AL has participated in elections listed below in the state of Alabama.

The below links are relevant to Tom Vigneulle from Birmingham, AL and are articles or opinion pieces published on Bama Politics. Are you Tom Vigneulle? Do you have an opinion on Tom Vigneulle? Publish an article in our opinion section and your article will appear here. A great way for our visitors to find your content and learn more about your views. Use this contact form to find out how.