Who is Turner Townsend? 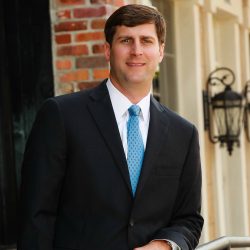 Enterprise native Turner Townsend became a councilman serving his hometown in November 2016 after winning the election to the District 5 seat the previous August.

Councilman Townsend is a graduate of Enterprise High School and graduated from Auburn University with honors in 2004 with a degree in Building Science. While at Auburn, he met his wife Lucy, whom he married upon graduation. The couple has three daughters, 9-year-old Virginia, 7-year-old Mary Austin and 3-year-old Alice.

Councilman Townsend owns and operates his family business, Townsend Building Supply, with his brother Michael. He is a lifelong active member of First Baptist Church of Enterprise, where he serves as a deacon.

In his spare time, Councilman Townsend enjoys golf, Auburn football, and spending time at the lake with family and friends.

Turner Townsend from Enterprise, AL has participated in elections listed below in the state of Alabama.

The below links are relevant to Turner Townsend from Enterprise, AL and are articles or opinion pieces published on Bama Politics. Are you Turner Townsend? Do you have an opinion on Turner Townsend? Publish an article in our opinion section and your article will appear here. A great way for our visitors to find your content and learn more about your views. Use this contact form to find out how.