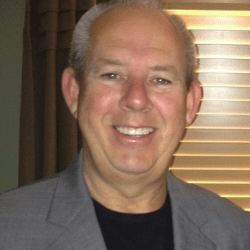 Wayne was born in Chickasaw, Alabama on January 7, 1956, and has spent most of his life as a resident of Saraland. He is a 1974 graduate of Satsuma High School and attended the University of Southern Mississippi, majoring in Music Education.

After leaving USM in 1976, Wayne worked his way into sales management for a large wholesale grocery company, where he learned the importance of excellent customer service in an extremely competitive industry. In 1983, he left the grocery business to join a coffee service company located in Knoxville, Tennessee. He rose quickly within the ranks of the business, becoming a District Manager in 1984 and then promoted to Regional Manager for the Southeast US in 1985. In May of 1987, he returned to Saraland and started his own coffee service business, Azalea Coffee Service, Inc. which is still based in Saraland today.

Over the years, Wayne has been active as a Little League baseball coach and as a “softball and band parent/grandparent.”

Wayne is a graduate of Leadership Saraland. He has earned recognition from the Alabama League of Municipalities, including the Certified Municipal Official Basic, CMO Advanced, and CMO Emeritus designations. He has earned the Bronze Certified Municipal Official designation from the National League of Cities in Washington, DC. Wayne served as the City Council Vice-President from 2016-2020, and he has served as the City Council representative to the Saraland Planning Commission since 2012.

Wayne serves as the chairman of the Alabama League of Municipalities Committee on Community & Economic Development after serving the prior two years as the Vice-Chairman.

In 2019, Wayne completed all the requirements and earned his Business & Industry Marketing certification from the Government and Economic Development Institute at Auburn University.

Wayne and his wife Martha have four children and seven grandchildren.

He loves his hometown of Saraland, Alabama and wants to see it grow in a well-planned manner, allowing it to reach its fullest potential.

Wayne Biggs from Saraland, AL has participated in elections listed below in the state of Alabama.

The below links are relevant to Wayne Biggs from Saraland, AL and are articles or opinion pieces published on Bama Politics. Are you Wayne Biggs? Do you have an opinion on Wayne Biggs? Publish an article in our opinion section and your article will appear here. A great way for our visitors to find your content and learn more about your views. Use this contact form to find out how.