Who is Wayne Reynolds? 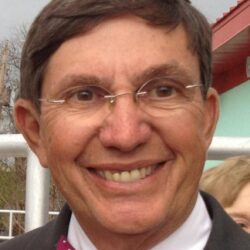 Wayne Reynolds is proud to have served District 8 on the Alabama State Board of Education since 2019.

Wayne holds an undergraduate degree from the University of Georgia where he specialized in career and technical education, implementing one of the early high school student internship programs in Muskogee County, Georgia. He then went on to complete his Doctorate in Education from Auburn University.

With over 30 years in public education, first as a classroom teacher and eventually serving for over 12 years as a public school superintendent, Wayne understands education. After retirement, he served on the state curriculum development committee and textbook review committee.

After his first retirement from education, Wayne decided he wanted to continue serving his community. In 1996, he began operating Quad County Child Nutrition Program, a program to monitor in-home child nutrition programs for the State Department of Education. He also has been a registered nurse since 2003.

Wayne lives in in Athens, Ala., with his wife, Carol. Wayne and Carol have two children and two grandchildren. His son, Wesley, served in the Air Force and now practices medicine, and his daughter, Paige, works in weapons research for the U.S. Army.

A disabled veteran, Wayne served in Vietnam from 1968–1969 with the 95th Evac and 22nd Surgical hospitals.

He first served as national treasurer from 2001–2003, and is now serving his 19th year as president of VVA’s Alabama State Council. Past national service includes four years on the board of the Vietnam Veterans Assistance Fund, and four years as secretary of VVA’s Conference of State Council Presidents. Reynolds has also served on VVA’s national committees on Finance, Veterans Healthcare, PTSD and Substance Abuse, Constitution, Employment Training Business Opportunities, and Veterans Affairs.

He received a bronze medallion from the Chapel of the Four Chaplains, and was Alabama’s Veteran of the Year in 2011.

Wayne Reynolds from Athens, AL has participated in elections listed below in the state of Alabama.

The below links are relevant to Wayne Reynolds from Athens, AL and are articles or opinion pieces published on Bama Politics. Are you Wayne Reynolds? Do you have an opinion on Wayne Reynolds? Publish an article in our opinion section and your article will appear here. A great way for our visitors to find your content and learn more about your views. Use this contact form to find out how.