Who is Wayne Willis? 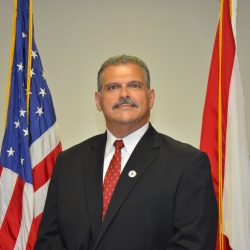 My name is Wayne Willis and I want to earn your vote for the Alabama State Senate seat for District 12. I am a true public servant at heart and have lived my life serving the community I love so much. I moved to Alabama when I was only 11 and have loved being here the entire time. Alabama is a great state to live in and the people are fiercely protective of their state. That is the reason I want to be in Montgomery, to remind everyone that it is the people who make decisions through their elected officials, not the other way around.

At 21 years old I decided that I wanted to become a police officer to protect the people in the community. I attended the police academy at Jacksonville State and started off my career serving the community. I worked for 26 years with the Anniston Police Department, 24 of them being on the S.W.A.T. team. I worked my way up through the department by proving myself as a leader and retired as a lieutenant. One of the many things I found was the love for coming to the aid of people in need. When someone needed me I did everything in my power to get to them and provide the help they asked for.

In 1998 I was awarded Law Enforcement Officer of the Year while working in the Homicide Division of the Anniston Police Department. The “Hardee’s Murder” left a store manager dead from a prior employee committing a robbery. Like all homicide cases, I wanted to find the person that would take the life of one of our law-abiding citizens and make sure her voice was still heard. I was the only voice for the victim and I wanted to make sure she was represented and not forgotten as just another victim of a crime. She was someone that worked every day to provide something good for the community and her life was taken for it. I was proud to present the evidence to a jury on her behalf and ultimately see the offender taken off the street so he could not hurt any more of the community.

During my time in law enforcement, I was approached by a group of residents in the city of Weaver to ask me to run for mayor. In 2004 I successfully ran and earned the position of Mayor of Weaver. I remained the Mayor until 2008 when I decided that my current position within the police department as a Homicide/Rape Investigator needed my undivided attention and the victims of those horrendous crimes needed me. After I retired from law enforcement I was again approached by some of the residents of Weaver. This time the city was in trouble and faced the risk of bankruptcy. The City of Weaver had only one vehicle for the public works department and did not have any creditworthiness with anyone, even the county landfill required immediate payment. In 2012 I ran for Mayor again and was given the responsibility of being the Mayor of Weaver by the residents that elected me into office. I immediately got with the city council and began to work on the problem Weaver had gotten into with previous leadership. We worked together as a team and have taken Weaver from being almost bankrupt to now having 1.7 million dollars in reserves and a current operating budget of 3.5 million dollars. We have also purchased the desperately needed public works heavy equipment fleet and our public works department is able to be more proactive with the city’s infrastructure.

I feel that I have given the wonderful citizens of Weaver the best I could and decided to not run for another term as mayor so I could expand my public service to assist all of District 12.

I am blessed to have a strong family which includes my wonderful wife of 20 years and my son. I am proud to say that my son recently got married and I now have an amazing daughter-in-law. Keeping family first is one of the most important things to me so I work hard to ensure we have quality family time with each other whenever we can. We also have two furry members of our family, Jax and Ferris Bueller. Jax is Frenchie (French Bulldog) who is often my assistant on the campaign trail and Ferris Bueller is a Lab Mix. Ferris Bueller recently came into our lives as a rescue dog that I found wandering through our city. I tried to locate his family, but no one claimed him so we made a decision and adopted him. Ferris was not in the greatest of health, but we are working with vets to get him back to where needs to be. Over the course of my life, I have had approximately 12 different dogs with 10 of them being rescues. I believe that choosing a rescue animal is important because they need our love so much.

When I do have some occasional “free time” I enjoy spending time doing anything outdoors. I can often be found hiking and exploring our area’s amazing trails and mountains. When the weather is warmer I like to kayak down some of our beautiful rivers and especially enjoy challenging white water run. Many of you also know that I am also an avid runner so if there is a 5k run in our area you can usually find me there. By getting outside more I have truly learned that Alabama has some absolutely amazing landscapes and fun events to attend.

The one thing I have learned over the course of my public service is to actually listen to the public. I will represent the people that elect me into office the way it used to be, by communicating with you, the people. I have no corporate or special interest group donors so my loyalty can remain with the people and not be convoluted. It is sad that elected officials listening to their constituents has become very rare and I intend to bring it to the people of District 12.

We need to send a clear message to Montgomery and let them know District 12 is here to be heard and I want to be your voice.

Wayne Willis from Weaver, AL has participated in elections listed below in the state of Alabama.

The below links are relevant to Wayne Willis from Weaver, AL and are articles or opinion pieces published on Bama Politics. Are you Wayne Willis? Do you have an opinion on Wayne Willis? Publish an article in our opinion section and your article will appear here. A great way for our visitors to find your content and learn more about your views. Use this contact form to find out how.

The below links are relevant to Wayne Willis from Weaver, AL and were found via our own research or sent to us from readers like you. These links are not associated with Bama Politics.