Like the information provided by Bama Politics? Consider signing up for an account and choosing an advertisement free package. Your support goes a long way.
Login Sign Up
Login or Sign Up to follow this page. It's free!
Last updated 2 months ago

Who is William Foster? 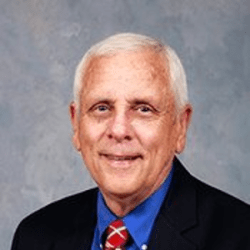 Dr. Bill Foster represents District 5 , which includes west and south Mobile County – on the Mobile County Board of School Commissioners.

Foster began working for Mobile County Public Schools in 1972. He retired from his position as principal of Hutchens Elementary when he was elected to the board in 2010.

Foster and his wife, Laura, have been married 45 years. The couple has two children and two grandchildren.

Foster said he is proud of the progress school officials have made in achieving a significantly increased graduate.

Meanwhile, Mobile County Public Schools has been able to efficiently manage its money, making sure there is funding to build new schools and renovate existing schools, thus improving learning environments for students and teachers.

“The public needs to know that their taxes have been well managed,” he said.

During his tenure, Foster wants to see the completion of current construction projects and other infrastructure improvements.

School officials have been committed to the use of technology and Foster is pleased with the way the system’s technology staff has worked to make that possible.

“In spite of (reduced funding) we have been able to make some significant accomplishments,” Foster said, “and I want to see those continue and insist that those continue.”

The below links are relevant to William Foster from Mobile, AL and are articles or opinion pieces published on Bama Politics. Are you William Foster? Do you have an opinion on William Foster? Publish an article in our opinion section and your article will appear here. A great way for our visitors to find your content and learn more about your views. Use this contact form to find out how.