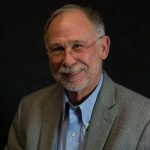 SJR30 190250-2 By Senator McClendon RFD: First Read: 23-JAN-18 SJR30 SJR30 ENROLLED, SJR30, HONORING MARY LOU GOODSON ON THE OCCASION OF HER 90TH BIRTHDAY. WHEREAS, it is a tremendous privilege to recognize Mary Lou Goodson on the momentous occasion of her 90th birthday; and WHEREAS, a lifelong resident of Leeds, Alabama, Mary Lou Goodson was a member of the National Honor Society in high school and a cheerleader for the Leeds Green Wave for five years; following high school graduation, she was selected as Miss Leeds and represented the community in parades and other events; and WHEREAS, Mary Lou Goodson attended Howard College, now Samford University, where she was selected as Miss Howard College in 1946; she had a brief modeling career and appeared in many newspaper advertisements for the Pizitz chain of department stores; she married Edward Lee Goodson, who later became the Mayor of Leeds, in 1948; the esteemed couple's union has been blessed with three sons, Steve, Lee, and David; five grandchildren; and six great-grandchildren; and SJR30 WHEREAS, Mary Lou Goodson taught kindergarten at Leeds Community Kindergarten for 47 years, at Leeds Elementary School for 10 years, and at Happy Times Kindergarten for 12 years; one of her greatest joys in life is encountering countless former students who fondly remember "Miss G" and give her a hug when they cross her path; and WHEREAS, Mary Lou Goodson has taught Sunday School for 75 years and has served as a Ruling Elder and Clerk of Session in the Presbyterian Church; she has been an active member of the Federated Women's Clubs for 60 years and served three terms as the Chairman of District 3; she is a charter member of the Friends of the Library, the Leeds Arts Council, the Rainbow Girls, and the Leeds Historical Society; she provides exceptional direction as the Chairman of the Leeds Housing Authority, where she has served as a member of the Board of Directors for 12 years; she is often recognized for her appearances in a series of television advertisements for Blue Cross/Blue Shield; and WHEREAS, a 90th birthday celebration is a significant milestone that represents precious years of wisdom earned and memories gained and is a cause for great rejoicing; now therefore, BE IT RESOLVED BY THE LEGISLATURE OF ALABAMA, BOTH HOUSES THEREOF CONCURRING, That Mary Lee Goodson is highly honored and commended, and this resolution is offered to her SJR30 in deepest admiration and with sincere best wishes for continued blessings and prosperity. SJR30 President and Presiding Officer of the Senate Speaker of the House of Representatives SJR30 Senate 23-JAN-18 I hereby certify that the within Senate Joint Resolution originated in and was adopted by the Senate. Patrick Harris, Secretary. House of Representatives Adopted: 30-JAN-18 By: Senator McClendon