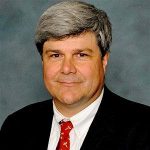 SJR84 192147-2 By Senators Pittman, Waggoner, Orr, Reed, Williams, Allen, Ward, Holtzclaw, Glover, Livingston, McClendon, Chambliss, Scofield, Holley, Shelnutt, Albritton, Stutts, Dunn, Coleman-Madison, Figures, Marsh, Singleton, Sanford, Brewbaker, Smitherman, Bussman, Beasley, Blackwell, Dial, Hightower, Melson, Sanders, Smith and Whatley RFD: First Read: 01-MAR-18 SJR84 SJR84 ENROLLED, SJR84, MOURNING THE DEATH OF THE REVEREND BILLY GRAHAM, EVANGELIST TO THE WORLD. WHEREAS, it is with profound sorrow that we note the death on February 21, 2018, of the Reverend Billy Graham of Montreat, North Carolina, at the age of 99 years; and WHEREAS, the Reverend Graham was born William "Billy" Franklin Graham, Jr., on November 7, 1918, to William Franklin, Sr. and Morrow Coffey Graham, in Charlotte, North Carolina; and WHEREAS, a graduate of Florida Bible Institute which is now Trinity College of Florida; he received a Bachelor of Arts Degree in Anthropology from Wheaton College in Wheaton, Illinois, he was ordained to the ministry by Peniel Baptist Church, Palatka, Florida, in 1939; and WHEREAS, throughout his life, the Reverend Graham preached the Gospel of Jesus Christ to more than 215 million people who attended one of his more than 400 Crusades, simulcasts and evangelistic rallies in more than 185 countries and territories; he reached millions more through television, video, film, the internet, and 34 books; and SJR84 WHEREAS, in 2001, he comforted his country and the world when he spoke at the National Cathedral in Washington, D.C., following the September 11 terrorist attacks; at three global conferences held in Amsterdam, the Reverend Graham gathered some 23,000 evangelists from 208 countries and territories to train them to carry the message of Jesus Christ around the world; and WHEREAS, during the week of his 95th birthday in 2013, the Reverend Graham delivered his final message via more than 480 television stations across the United States and Canada; more than 26,000 churches participated in this "My Hope" project, making it the Billy Graham Evangelistic Association's largest evangelistic outreach ever in North America; and WHEREAS, at his final Crusade in June 2005 at Flushing Meadows Corona Park in New York, the Reverend Graham said, "I have one message: That Jesus Christ came, He died on a cross, He rose again, and He, and He asked us to repent of our sins and receive Him by faith as Lord and Savior, and if we do, we have forgiveness of all our sins"; and WHEREAS, in his autobiography, "Just As I Am," the Reverend Graham wrote that he felt God calling him to the ministry; the call came during a late-night walk on a golf course; "I got down on my knees at the edge of one of the greens, then I prostrated myself on the dewy turf, 'O God,' I SJR84 sobbed, 'if you want me to serve you, I will'; all the surroundings stayed the same, no sign in the heavens, no voice from above, but in my spirit I knew I had been called to the ministry, and I knew my answer was yes"; and WHEREAS, he was preceded in death by his parents; and his beloved wife of 64 years, Ruth McCue Bell Graham; and WHEREAS, survivors include his sister, Jean Ford; daughters, Virginia Leftwich "Gigi" Graham, Anne Morrow Graham Lotz, Ruth Bell Graham, William Franklin Graham, III, and Nelson Edman Graham; 19 grandchildren, and 41 great-grandchildren; and BE IT RESOLVED BY THE LEGISLATURE OF ALABAMA, BOTH HOUSES THEREOF CONCURRING, That the death of the Reverend Billy Graham is recorded with deep sadness, and this resolution is offered in tribute to his life and with heartfelt sympathy to his family, whose grief is shared by many. SJR84 President and Presiding Officer of the Senate Speaker of the House of Representatives SJR84 Senate 01-MAR-18 I hereby certify that the within Senate Joint Resolution originated in and was adopted by the Senate. Patrick Harris, Secretary. House of Representatives Adopted: 06-MAR-18 By: Senator Pittman