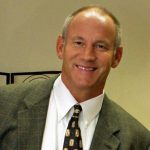 (a) Upon request and a finding of indigency, the juvenile court may appoint an attorney to represent the petitioner and may order recoupment of the fees of the attorney to be paid to the State of Alabama. If the petitioner is a biological parent or former custodial guardian for whom the court has previously terminated parental rights and transferred custody to another party, and the court upholds the existing custody arrangement or visitation arrangement or otherwise again denies custody or visitation to that petitioner, that petitioner's eligibility for court appointed counsel and recoupment of attorney fees shall cease at that time.

(c) Notwithstanding any other law to the contrary, a petitioner or respondent making a claim of indigency must execute an affidavit of substantial hardship on a form approved by the court. The affidavit must include the total value of all cash, financial assets, real property, and personal property owned by the applicant. To make a finding of indigency, the court must find that a petitioner or respondent is financially unable to pay for his or her representation based on both of the following:

(1) The petitioner or respondent has an income level at or below 125 percent of the United States poverty level as defined by the most recent revised poverty income guidelines published by the United States Department of Health and Human Services.

(2) Except for a homestead and one vehicle having an equity value of five thousand dollars ($5,000) or less, the petitioner or respondent does not own or have equity in any cash, financial assets, real property, or personal property with a total equity value of two thousand five hundred dollars ($2,500) or more."