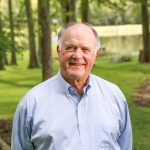 HJR171 191429-5 By Representative Morrow RFD: Rules First Read: 13-FEB-18 HJR171 ENROLLED, House Joint Resolution, RECOGNIZING CODY BRAGWELL AND CALEB THOMPSON ON THEIR MAGNANIMOUS EFFORTS IN ORGANIZING OPERATION 22, A 22-MILE WALK TO RAISE AWARENESS OF SUICIDE AMONG MILITARY VETERANS AND ACTIVE SERVICE MEMBERS. WHEREAS, highest commendations are herein proudly presented to Cody Bragwell and Caleb Thompson on their magnanimous efforts in organizing Operation 22, a 22-mile walk to raise awareness of the high rates of suicide among military veterans and active service members on March 10, 2018; and WHEREAS, current statistics reveal that as many as eterans commit suicide per day in the United States; this sobering fact highlights the necessity of offering counseling services to veterans; invaluable members of our community and workforce, veterans are equipped with remarkable problem-solving skills and offer a unique worldview as a result of their military service; in demonstrating our immense appreciation for their sacrifices, we need to remind veterans of how valuable they are and that they will not face any personal battles alone; and WHEREAS, the brainchild of Cody Bragwell and Caleb Thompson, Operation 22 will begin at Southside Baptist Church in Russellville, Alabama, and conclude with a charity HJR171 motorcycle show and a barbeque feast at Natchez Trace Harley Davidson in Tuscumbia, Alabama; our good friend and colleague, Representative Johnny Mack Morrow, will follow participants in his military truck; and WHEREAS, Cody Bragwell served on active duty with the United States Marine Corps from 2008 until 2013; stationed at 1st Radio Battalion, he served in the Signals Intelligence field and deployed to Helmand Province Afghanistan in 2010 as a Ground Signals Intelligence Operator and machine gunner for his team, where he supported the 1st and 3rd LAR and 3rd Reconnaissance Battalion out of Mobile, Alabama; he also served as Signals Intelligence Support team leader in the Sangin area supporting 1/7, 3/7 and operation Branding Iron, completing his service in May 2013; currently, he resides in Russellville with his wife, Jennifer Ikerd Bragwell, and their seven-year-old son, Porter Grant Ikerd Bragwell; and one-year-old daughter, Evelyn Nance Bragwell; and WHEREAS, fellow organizer Caleb Thompson served as a Military Policeman in the Alabama National Guard from 2009 until 2017 and administered protection and security duties in Qatar from 2012 until 2013 and Garrison MP duties in Germany in 2015; currently, he resides in Phil Campbell, Alabama, with his wife, Jessica Young Thompson and their five-year-old, Renzie Jade Thompson; and two-year-old, Remi Jo Thompson; and HJR171 WHEREAS, the great State of Alabama is indebted to Cody Bragwell and Caleb Thompson's unwavering commitment to excellence in defending freedom and democracy and serving as advocates for military veterans and active service members; it is a tremendous privilege to recognize Cody Bragwell and Caleb Thompson and their event, Operation 22; now therefore, BE IT RESOLVED BY THE LEGISLATURE OF ALABAMA, BOTH HOUSES THEREOF CONCURRING, That Cody Bragwell and Caleb Thompson are highly honored and commended on their laudable efforts in organizing Operation 22 and advocacy for veterans and active military service members, and this resolution is offered to them in highest tribute, as well as with sincere best wishes, for continued success in all future endeavors. HJR171 Speaker of the House of Representatives President and Presiding Officer of the Senate House of Representatives I hereby certify that the within Act originated in and was adopted by the House 20-FEB-18. Jeff Woodard Clerk Senate 27-FEB-18 Adopted