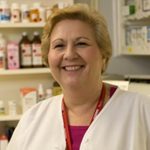 HJR31 189393-2 By Representatives Beech and Jackson RFD: Rules First Read: 11-JAN-18 HJR31 ENROLLED, House Joint Resolution, MOURNING THE DEATH AND CELEBRATING THE LIFE OF MR. RONNIE E. KEAHEY. WHEREAS, we deeply regret and are greatly saddened to learn of the death of Mr. Ronnie E. Keahey of Grove Hill, Alabama, on December 25, 2017, at 75 years of age, and we uplift his inspiring life and legacy with utmost reverence and respect; and WHEREAS, the passing of Mr. Ronnie E. Keahey leaves a void in the lives of his loving family, many friends, and the entire community, where he was highly regarded; and WHEREAS, Mr. Keahey served in numerous capacities in the legal field, including as a longtime attorney, assistant district attorney, municipal judge in both Grove Hill and Jackson, as a member of the Board of Bar Commissioners, and President of the Circuit Bar and the County Bar Association; and WHEREAS, Mr. Keahey was born August 21, 1942, to the union of George D. Keahey, Sr., and Katie Ford-Keahey; he was a faithful and dedicated member of Tompkins Baptist Church; Mr. Keahey was a avid rabbit hunter who enjoyed woodworking and knife making; and HJR31 WHEREAS, survivors include his beloved and devoted wife, Lanie Keahey; children, Amy Keahey (Kent) Horton Roni-Starr (Geneva Morgan) Keahey, George M. "Marc" (Lara) Keahey; grandchildren, Maggie Sgarlata, Bo Keahey, Harley Horton, Luke Horton, Gauge Horton, Cotton Keahey, Marc Keahey, II, Scarlette Keahey, and Weezie Keahey; and great-grandchildren, Lexi Keahey, Zella Sgarlata, Jace Sgarlata, and Ashton Keahey; and WHEREAS, Mr. Keahey was a valued member of the community; although his presence is greatly missed, his memory is cherished in the hearts and minds of all those who were fortunate enough to know him; now therefore, BE IT RESOLVED BY THE LEGISLATURE OF ALABAMA, BOTH HOUSES THEREOF CONCURRING, That while grieving the death of Mr. Ronnie E. Keahey, we are extremely grateful for his abundant life, and we offer this resolution in highest tribute to his legacy, as well as in heartfelt sympathy to his family and friends. HJR31 Speaker of the House of Representatives President and Presiding Officer of the Senate House of Representatives I hereby certify that the within Act originated in and was adopted by the House 16-JAN-18. Jeff Woodard Clerk Senate 23-JAN-18 Adopted