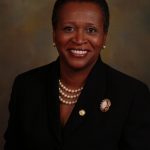 HJR362 192964-2 By Representative Warren RFD: Rules First Read: 08-MAR-18 HJR362 ENROLLED, House Joint Resolution, COMMENDING THE REVEREND DOCTOR C. L. DANIEL ON HIS EIGHTH PASTORAL ANNIVERSARY AND 72 YEARS IN MINISTRY. WHEREAS, highest commendations are herein proudly presented to the Reverend Doctor C. L. Daniel, Pastor of the Historic Shiloh Missionary Baptist Church, Notsasulga, Alabama, on the momentous occasion of his Eighth Pastoral Anniversary and 72 years in ministry; and WHEREAS, Pastor Daniel was born on June 30, 1931, in Russell County, Alabama; and at the age of 15, he felt the call to ministry; he wanted to share his faith and spread the Gospel of Jesus Christ; and WHEREAS, he was ordained into the Baptist Ministry in at the New Central Baptist Church, Phenix City, Alabama; he has served as pastor at numerous churches with devotion and steadfast determination; and WHEREAS, his educational credentials include American Baptist Theological Seminary and Morehouse School of Religion; he earned his Doctor of Divinity Degree from Birmingham Bible Institute; and WHEREAS, Pastor Daniel served as secretary of the Auburn District Baptist Association for many years; and HJR362 WHEREAS, Pastor Daniel and Sister Selena W. Daniel are the proud parents of seven children, and numerous grandchildren; and WHEREAS, Reverend Doctor C. L. Daniel will continue to bless the congregation of the Historic Shiloh Missionary Baptist Church, Notsaulga, Alabama, which serves as a beacon of light and a pillar of faith in the community; it is a tremendous privilege to recognize him on his record of Christian service and on the occasion of his Eighth Anniversary as Pastor, and in celebration of his 72 years of faithful and dedicated ministerial service; now therefore, BE IT RESOLVED BY THE LEGISLATURE OF ALABAMA, BOTH HOUSES THEREOF CONCURRING, That the Reverend Doctor C. L. Daniel is highly honored and commended, and this resolution is offered to him in deepest admiration and appreciation, along with sincere best wishes for continued success. HJR362 Speaker of the House of Representatives President and Presiding Officer of the Senate House of Representatives I hereby certify that the within Act originated in and was adopted by the House 21-MAR-18. Jeff Woodard Clerk Senate 27-MAR-18 Adopted