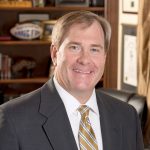 HR125 190664-1 By Representative Ford RFD: First Read: 01-FEB-18 190664-1:n:01/29/2018:AR/ar LSA2018-572 MOURNING THE DEATH OF JOHN RICHARD SHERMAN. WHEREAS, it is with profound sorrow that we note the death on January 21, 2018, of John Richard Sherman of Gadsden, Alabama, at the age of 66 years; and WHEREAS, his passing leaves a void in the lives of his loving family, many friends, and the entire community, where he was highly regarded; and WHEREAS, Mr. Sherman was born on April 13, 1951, in Gadsden Alabama, to Sarah Tinney and Cecil Sherman of Edenwood, Alabama; and WHEREAS, he was a 1969 graduate of Gadsden High School where was a member of the Velvetones and Cheerful Charlies, always performing in the talent shows and local events; and WHEREAS, Mr. Sherman was a member of The Electric Boro Band and the Axes, who performed throughout the Southeast; he performed in Atlanta as a studio session guitarist in the early 1970s and recorded with The Atlanta Rhythm Section, Mother's Finest, and Eric Quincy Tate; and WHEREAS, while music was his first love, he was also a second-generation plumber and a talented custom tile setter; and WHEREAS, Mr. Sherman was a devoted fan to the Atlanta Falcons, the Atlanta Braves, and The University of Alabama championship football teams; and WHEREAS, he was preceded in death by his parents; sisters, Sarah Ann Sherman Moss, and Cecile Joan Sherman Patterson; and brother, William Lawson "Bill" Sherman; and WHEREAS, survivors include his sister, Patricia Sherman; nieces, Jackie Clark, Susan Moss, Rann Patterson, Kristin Sherman, and Shannon McCullars; nephews, Phil Patterson and John Andrew Moss; sisters-in-law, Jeanette Upton Smith and Jamie Mashburn Sherman; and companion of 19 years, Susan Hood; and WHEREAS, although his presence will be greatly missed, the memory of Mr. Sherman will be cherished in the hearts of all who knew and loved him; and BE IT RESOLVED BY THE HOUSE OF REPRESENTATIVES OF THE LEGISLATURE OF ALABAMA, That the death of Mr. John Richard Sherman is recorded with deep sadness, and this resolution is offered in tribute to his life and with heartfelt sympathy to his family, whose grief is shared by many.