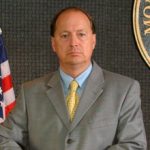 HR142 191099-1 By Representative Ingram RFD: First Read: 06-FEB-18 191099-1:n:02/05/2018:DSM/tj LSA2018-675 MOURNING THE DEATH OF JOHN TROTMAN. WHEREAS, it is with deep sorrow and regret that we note the lamentable death of John McNeill Trotman of Montgomery, Alabama, on February 3, 2018, at the age of 90 years; known affectionately by most as "Bubba", he was involved in many community and charitable organizations throughout his lifetime; and WHEREAS, Bubba Trotman played football while attending Auburn University, where he studied agriculture and served as Vice President of the Auburn A-Club; he served in the Merchant Marines and the United States Army before beginning Trotman Cattle Company in Montgomery in 1954; and WHEREAS, Mr. Trotman was elected as the Chairman of the Board of the Montgomery Production Credit Association; he was President of the Alabama Cattlemen's Association in 1966 and became nationally known as the President of the National Cattlemen's Association in 1972; he was elected President of the Southeastern Livestock Exposition in 1983, and in 1981 was inducted into the Alabama Livestock Hall of Fame; and WHEREAS, Mr. Trotman was a member of the Poundstone Sunday School Class at First Baptist Church and served as President of the Montgomery Area Chamber of Commerce and the Montgomery Rotary Club; he also was on the Board of Advisors of the University of Alabama Law Center; and WHEREAS, Mr. Trotman was preceded in death by his wife, Ellen Rogers Trotman; sons, Frank Randolph Trotman and John McNeill Trotman, Jr.; and grandson John McNeill Trotman, III; left to cherish his memories are his sons, Charles Rogers (Whitney) Trotman and Robert Tyler "Woody" Trotman; and a host of grandchildren, great-grandchildren, nieces, nephews, cousins, other relatives, and friends; and WHEREAS, Bubba Trotman was a valued member of the community who was loved by many, we join with others to celebrate his life and to mourn his death; although his presence will be greatly missed, his memory will be cherished in the hearts and minds of those who were fortunate to know him; now therefore, BE IT RESOLVED BY THE HOUSE OF REPRESENTATIVES OF THE LEGISLATURE OF ALABAMA, That the death of John McNeill "Bubba" Trotman is recorded with deep sadness, and even as we mourn his death, we also celebrate his life; this resolution is offered in highest tribute, along with heartfelt sympathy to his family, whose grief is shared by many.