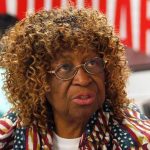 HR173 191458-1 By Representatives Boyd, Hollis and Givan RFD: First Read: 13-FEB-18 191458-1:n:02/08/2018:JEC/jec LRS2018-782 RECOGNIZING ALPHA KAPPA ALPHA SORORITY ON THE 19TH OBSERVANCE OF AKA DAY AT THE CAPITOL. WHEREAS, Alpha Kappa Alpha Sorority, Incorporated, has established a mandate for carrying out the vision of a new day of excellence and performance, highlighted with the observance of 2018 AKA Day at the Capitol; and WHEREAS, Alpha Kappa Alpha's mission of "Service to All Mankind" began at its inception, and the sorority has remained at the forefront of positive change in American life for more than a century; and WHEREAS, the 2014-2018 administration continues to fulfill the service imperative of the founders with the theme, ["Be the Voice: Strengthening Families and Empowering the Political Process";] and WHEREAS, according to AKA Supreme Basileus Dorothy Buckhanan Wilson, the second year of the Launching New Dimensions Service program resulted in countless youth and adults being positively impacted by AKA's magnanimous contributions of more than two million service hours and over five million dollars invested in scholarships, along with its focus on the five program target areas including Educational Enrichment, Civil Rights/Social Justice, Statewide Legislative Issues, Be the Voice initiative focusing on dialogue, conversation, and Constituent Meetings; and WHEREAS, AKA Supreme Basileus Dorothy Buckhanan Wilson projects year four of the Launching New Dimensions of Service program to be equally strong as the esteemed sorority advances with a record exceeding 280,000 members worldwide indicating outstanding reactivation efforts and new member initiations as well as a vibrancy that is key to maintaining a long-term stable foundation for the remarkable sisterhood; notably, AKA's 67th Boule hosted in Atlanta, Georgia, during the summer of 2016 culminated with 21,700 in attendance, making it the largest Boule to date and providing a powerful worldwide statement about AKA's service delivery and mission impact; and WHEREAS, Alpha Kappa Alpha's storied history of proven leadership and extensive involvement in the world community through strategic partnerships evidence the sorority's potential to significantly contribute to the world community; and WHEREAS, leadership development is essential to the vitality of the organization, and the sorority's continuing requirements of academic excellence, shared values, and dedication to the mission of Alpha Kappa Alpha ensure a continuous wellspring of quality leaders; now therefore, BE IT RESOLVED BY THE HOUSE OF REPRESENTATIVES OF THE LEGISLATURE OF ALABAMA, That we take great pride and pleasure in commending Alpha Kappa Alpha Sorority, and in welcoming its exceptionally accomplished leaders to our august halls on the occasion of the celebration of AKA Day at the Capitol. BE IT FURTHER RESOLVED, That copies of this resolution be provided to the sorority for presentation to AKA South Eastern Representative Dr. Sharon Shaw-McEwen, AKA International President Dorothy Buckhanan Wilson, the AKA International Connection Committee, and the AKA South Eastern Regional Director Mary B. Conner.