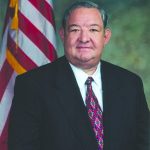 HR176 191506-1 By Representative Boothe RFD: First Read: 13-FEB-18 191506-1:n:02/12/2018:JEC/jec LSA2018-773 COMMENDING TROY UNIVERSITY, ALABAMA'S INTERNATIONAL UNIVERSITY, ON CHINESE NEW YEAR. WHEREAS, Troy University, established in 1887, is known widely as Alabama's International University, as students from 76 nations are enrolled on its Troy Campus; Troy University also operates teaching sites in Japan, Malaysia, South Korea, and Vietnam; and WHEREAS, more than 300 students on the Troy Campus are from China, making that nation the largest international contingent on the Troy campus; and WHEREAS, in 2001, Troy University became the first American institution to enroll students through the Sino-American 1+2+1 Dual Degree Program, changing forever the culture of the university; and WHEREAS, in 2007, Troy University received designation as the host of the Confucius Institute for Alabama, which enables the university to promote the teaching of Chinese language and culture while promoting economic development opportunities between Alabama and China; and WHEREAS, the Confucius Institute at Troy University, which is one of more than 500 such institutes in over 100 countries, has excelled on this global stage, twice being named a Confucius Institute of the Year in 2012 and 2017 and Dr. Jack Hawkins, Jr., Chancellor, received the World Confucius Institute's Individual Performance Excellence Award in 2014; and WHEREAS, Friday, February 16, 2018, marks the celebration of the New Year in China; now therefore, BE IT RESOLVED BY THE HOUSE OF REPRESENTATIVES OF THE LEGISLATURE OF ALABAMA, That Troy University and Chancellor Hawkins be commended for building a bridge between our great state and the nation of China, and we extend New Year's wishes to the university and its students from China.