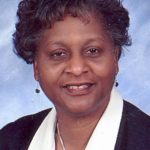 HR265 192151-1 By Representatives Moore (M) and Rogers RFD: State Government First Read: 01-MAR-18 192151-1:n:02/22/2018:DSM/bm LSA2018-963 SUPPORTING THE ORGANIZATION AND EFFORTS OF THE MARJORY STONEMAN DOUGLAS HIGH SCHOOL SURVIVORS TO END SCHOOL GUN VIOLENCE. WHEREAS, a former student, who had been expelled due to behavioral issues, entered Marjory Stoneman Douglas High School in Parkland, Florida, on February 14, 2018, with a military-style weapon and began intentionally shooting people inside the school; his actions killed 17 students and employees and injured many others; it was determined that the shooter legally purchased the weapon and there had been numerous warnings regarding the shooter's mental status and behavior; and WHEREAS, in the aftermath of that tragedy, some of the surviving students of the high school have organized to speak out against gun violence in schools and have become highly visible vocal advocates for school safety and ending school gun violence; they have taken their impassioned pleas for school safety to adults in leadership and authority in government, including the State Capitol in Florida and the Capitol of the United States; and WHEREAS, the voices of these students, who have experienced gun violence and trauma at school, seek respectful conversations with legislators and congressmen and are being heard on media across the country and the world; the students emphasize that they are not seeking disruptive protests or attempting to start arguments and fights; they emphasize that they are simply demanding that lawmakers listen and take immediate action to prevent future school shootings by making tighter regulations to prevent gun violence and address related mental health issues; and WHEREAS, rallying for lawmakers to make new laws, the students are posing tough questions to the adults in charge; their efforts are organized and focused to demand action to seek solutions to end school gun violence; and WHEREAS, the role played by these outstanding students in calling for action is proudly recognized and respected; we extend our admiration to these exceptional students for their exemplary actions seeking involvement of everyone to address the school gun violence problems we face as a nation; now therefore, BE IT RESOLVED BY THE HOUSE OF REPRESENTATIVES OF THE LEGISLATURE OF ALABAMA, That the students of Marjory Stoneman Douglas High School of Parkland, Florida, are commended for their attitudes, efforts, leadership, and actions following the tragedy of February 14, 2018. We recognize and support their efforts to reduce school gun violence and the method they are employing to bring attention and action to this cause. BE IT FURTHER RESOLVED, That copies of this resolution be provided to the President of the United States, the Majority and Minority Leaders of the United States House of Representatives and the United States Senate, and to the members of the Alabama Congressional Delegation that they may know of our deep concerns regarding these matters. BE IT FURTHER RESOLVED, That a copy of this resolution shall also be provided to Marjory Stoneman Douglas High School, so that the students may know of our concern and support for their efforts to make schools safe.