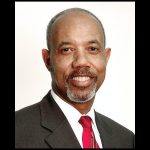 HR268 192350-1 By Representative McCampbell RFD: First Read: 01-MAR-18 192350-1:n:02/27/2018:AR/ar LSA2018-1041 HONORING MATTIE GILES CHANEY ON HER 100TH BIRTHDAY. WHEREAS, it is a great pleasure to extend commendations and congratulations to Mattie Giles Chaney on the occasion of celebrating her 100th Birthday on February 17, 2018; and WHEREAS, Mattie Giles Chaney, was the seventh of 12 children born to John (Bunch) and Corine Giles, in Sumter County, Alabama; and WHEREAS, she was the wife of the late Bob Chaney, Sr.; the mother of nine children: Addie, Lorene, Bob, Jr., Dorothy, George, Mildred, Eddie, Willie, and Sarah; she is the proud grandmother, great-grandmother, great-great-grandmother of many; she is a member of the Fourth Creek Missionary Baptist Church, in York, Alabama; and WHEREAS, despite the adversity of the times, while growing up, her parents instilled in their children that "serving the Lord will pay off after a while and that you cannot do anything without God"; during her years of abundant life, she has lived to see seventeen different presidents take office and was able to vote for six of them; the 2008 presidential election was the most remarkable one during her lifetime; she was able to vote and witness the first African American to be elected as the 44th President of the United States; and WHEREAS, through the years, she has earned widespread respect for her keen mind, kind heart, and indomitable spirit, and in her Centennial Year she continues to be a source of inspiration to all those who are privileged to know her; now therefore, BE IT RESOLVED BY THE HOUSE OF REPRESENTATIVES OF THE LEGISLATURE OF ALABAMA, That Mattie Giles Chaney is honored and commended on the occasion of celebrating the milestone of her 100th Birthday, and this resolution is offered in highest tribute to her remarkable life, along with heartiest congratulations and best wishes for the future.