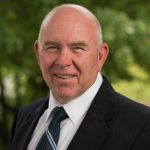 HR348 192906-1 By Representatives Hanes, Whorton (R) and Wingo RFD: First Read: 08-MAR-18 192906-1:n:03/08/2018:AR/ar LSA2018-1209 COMMENDING THE PISGAH LADY EAGLES BASKETBALL TEAM ON WINNING THE 2018 3A STATE CHAMPIONSHIP. WHEREAS, highest commendations and congratulations are herein proudly presented to the Pisgah High School Lady Eagles Basketball Team on the outstanding achievement of winning the 2018 3A State Championship; and WHEREAS, through hard work, diligence, and an unwavering commitment to excellence, the Pisgah Eagles earned the title with a 62-59 victory over number one ranked, Lauderdale County in the title game at the BJCC's Legacy Arena in Birmingham; and WHEREAS, the win in the 96th AHSAA State Basketball Finals Championship gave Pisgah the school's first state title since 2005; and WHEREAS, the championship was the sixth overall for Pisgah, which won titles in 1981, 1982, 1997, 2003, and 2005; and WHEREAS, expert guidance and leadership were provided by Head Coach Carey Ellison as her 31-1 Eagles got a big game inside from Kaylee Vaught who had 15 points, nine rebounds, and blocked three shots; Annie Hughes scored 28 points, 15 rebounds, eight offensive boards and four blocked shots to earn MVP honors; and WHEREAS, this achievement is the result of remarkable team effort by the student athletes and reflects immense credit upon their school, families, and the entire community, where they are highly regarded, and they are truly deserving of special commendation and praise; now therefore, BE IT RESOLVED BY THE HOUSE OF REPRESENTATIVES OF THE LEGISLATURE OF ALABAMA, That the Pisgah Lady Eagles Basketball Team is honored and commended, and this resolution is offered in highest tribute, along with congratulations and sincere best wishes for continued success in all future endeavors.