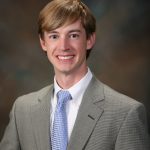 HR36 189561-2 By Representative South RFD: First Read: 11-JAN-18 189561-2:n:01/10/2018:JEC/jec LSA2018-177 RECOGNIZING NICOLE CARRUTH FOR HER ATHLETIC ACCOMPLISHMENTS. WHEREAS, highest commendations are herein proudly presented to Nicole Carruth for her athletic accomplishments; and WHEREAS, the highly accomplished daughter of Freddie and Alice Ann Carruth, Nicole Carruth has accumulated an extensive record of excellence; and WHEREAS, highlights from her Sulligent High School Basketball career include being named "Miss Basketball" for the State of Alabama, receiving selection as Honorable Mention All-America and 3-A Player of the Year, scoring a total of 3,494 points from seventh to twelfth grades, obtaining a regional scoring record with 81 points vs. St. Paul's in two games, scoring 48 points against St. Paul's in the 1996 regionals, leading Sulligent to the 3-A State Championship in 1996 and three straight Final Four appearances, selection as a 3-A Tournament MVP and County and Area Tournament MVP, selection as a three-time all state and an all-state tournament team member, being a three point force, scoring 250 career treys, averaging 41 points in the 1995 state playoffs, playing point guard at Sulligent, averaging 28.9 points as a senior, making the Tuscaloosa News Girls Super 5 Team and the Birmingham News Super All-State teams, and being an all-county and all-area softball player; and WHEREAS, during her basketball career at The University of Alabama, she ranked first in career 3-point field goal percentage, ranked ninth in career 3-point field goals made, ranked 7th in 3-point field goals made in a game at The University of Alabama, ranked fifth in three-point field goal percentage in a game at The University of Alabama, played in 110 games, and averaged 6.7 points, 1.1 rebounds, and 1.0 assists; and WHEREAS, Nicole Carruth currently resides in Sulligent with her husband, Shay Taylor, and they have three children, Kenyon, Kynlee, and Kallie; the esteemed couple works with the children's basketball program; Nicole Carruth also contributes exceptional direction as an assistant coach for the Sulligent High School Lady Blue Devils; and WHEREAS, through the years, Nicole Carruth has earned widespread admiration and respect, and she is truly deserving of special commendation and praise; now therefore, BE IT RESOLVED BY THE HOUSE OF REPRESENTATIVES OF THE LEGISLATURE OF ALABAMA, That Nicole Carruth is highly honored and commended, and this resolution is offered to her in highest tribute, as well as with sincere best wishes for continued success in all future endeavors.